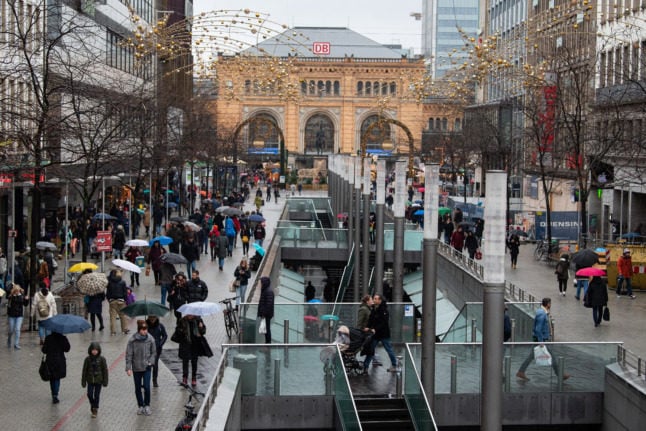 According to research carried out by Munich’s Ifo Institute, faltering supply chains from Asia are already having a knock-on effect on retail stocks, with several retailers admitting they are facing shortages of products such as smartphones, bicycles and home improvement supplies.

In a representative survey carried out by Ifo deputy director Dr. Klaus Wohlrabe, 100 percent of bicycle shops said they were struggling to restock this year. Cheap and mid-range bicycles were particularly badly hit, leading to price rises across the board.

Beyond the bicycle sector, the vast majority of furniture shops, DIY stores and electronics retailers also admitted they were facing stock shortages in the run-up to Christmas.

The problems are largely to do with a lack of key components being delivered from Asia. These include computer chips that are used in the manufacturer of smartphones and other electronic gadgets.

The vast majority of retailers in Germany are believed to be affected by the delays, leading to fears that shoppers will be facing long waits for popular gifts by the time December rolls around.

When should people start Christmas shopping?

“There my answer would be: immediately,” Dr. Wohlrabe told German broadcaster Tagesschau on Monday.

With the chip shortage overwhelmingly hitting the electronics sector, the lack of smartphones and laptops in particular is likely to become even more noticeable as the festive season draws near.

“If the gift contains electronic components, then you’d better grab it quickly so that there are no nasty surprises at Christmas,” Wohlrabe added. Shoppers queue outside the Apple Store on Kurfurstendamm in Berlin. Electronics goods such as smartphones and tablets could be scarce this year. Photo: picture alliance / Paul Zinken/dpa | Paul Zinken

His advice was echoed by Iwona Husemann, of the North-Rhine Westphalia Consumer Advice Centre, who believes prices are set to rise over the next few months due to the limited availability of key products.

“If it’s available now, you should buy it now,” she told Tagesschau.

However, according to Husemann, careful price comparison is a better strategy than panic buying, since prices in retail shops may not be as high as customers fear.

Is there a difference between online and brick-and-mortar shops?

Though all sellers are currently hit by supply chain woes, consumer rights experts believe there could be more than one reason to shop on the high street this Christmas.

For a start, high-street retailers establish their margins and set prices early in the season, meaning that the price hikes customers are seeing online may not be as dramatic in brick-and-mortar premises.

In addition, Husemann believes customers are likely to face additional bottlenecks if they order items online that then have to be delivered.

“As we get closer to Christmas, you should add at least two to three days to the delivery time,” she explained. The German Retailers’ Association (HDE) is also keen to reassure customers that they should be able to source the majority of gifts they need in shops – though individual items may become more scarce.

“It is not to be expected that people will be standing in front of empty shelves when they go Christmas shopping,” said the HDE’s Stefan Genth.

In addition, Germany’s primary Booksellers’ Association has assured customers that the supply of books is likely to last through Christmas – though prices may need to rise in the future if shortages of paper continue in the sector.

READ ALSO: How to send Christmas gifts between Germany and the UK after Brexit

When will things improve?

Though the research from the Ifo Institute has given shoppers a better sense of what to expect this Christmas, it remains unclear just how long the supply issues could continue.

As an estimate, Wohlrabe believes that most products will be freely available again in early 2022, but the electronics sector could face many more months of issues – possibly stretching beyond next Christmas as well.

“For most products, the backlog could be cleared in the first half of 2022. For chips and semiconductors, this could take until 2023,” he said.

This could potentially mean yet another year with fewer smartphones under the Christmas tree.