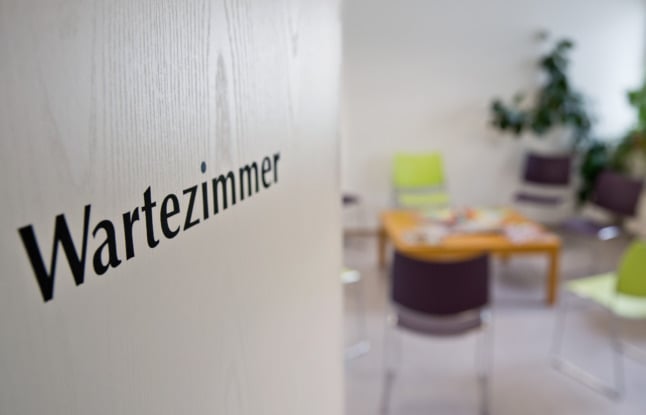 From the start of October, people with public health insurance can get three new healthcare services paid for by their insurance provider.

People over 35, new parents and people with mental health difficulties are all set to benefit from the changes, which were announced by the Federal Joint Committee (G-BA) of doctors, health insurance companies and clinics last month.

Here’s a rundown of the new services you’ll be covered for if you have statutory health insurance in Germany.

Newborn babies in Germany can be given an optional health screening after birth, which is generally reimbursed by their parents’ health insurance.

From October, these check-ups will also include screening for two additional rare diseases: sickle cell disease and spinal muscular atrophy. This means that newborn children will be now checked for 16 different diseases, rather than the previous 14 – all covered by their parents’ statutory health insurance.

Around 150 children in Germany suffer from sickle cell disease each year. The disease causes red blood cells to twist and take on a sickle shape. According to the GBA, doctors often take months or years to discover the disease if newborn babies aren’t given an early blood-test.

If discovered shortly after birth and carefully monitored and treated, however, complications such as damage to the child’s organs can be avoided.

Spinal muscular atrophy is also an incredibly rare disease that affects an estimated 80-120 newborn children each year. The genetic disease leads to the progressive death of motor nerve cells in the spinal cord, leading to muscle weakness and skeletal deformities. If left untreated, it can lead to death. If the disease is treated early, affected children can nonetheless develop crucial motor skills such as sitting, crawling or walking well.

READ ALSO: From Elternzeit to midwives: An American’s view on having a baby in Germany

The check-up for newborns is generally done by taking a few drops of blood from the baby’s heel one-and-a-half to three days after birth.

According to the G-BA, an estimated one in 1,000 newborns has a rare congenital disease that is not yet recognisable by external signs – but early detection and treatment through screenings like this one can often prevent disabilities and deaths.

2. Hepatitis B and C screenings for over-35s

Under German law, people aged 35 and over are entitled to a comprehensive health examination, known as a check-up, every three years. This is covered by health insurance companies and includes a full screening to check overall health. In the future, these free check-ups will also screen for Hepatitis B and Hepatitis C alongside other potential health issues.

The aim is to discover asymptomatic infections at an early stage in order to treat them with antiviral drugs in good time. According to the G-BA, chronic untreated hepatitis can have severe consequences and sometimes lead to liver cancer. A doctor consults a parent with a young child. From October, newborn babies will be screened for additional rare diseases at no extra cost. Photo: picture alliance/dpa/dpa-tmn | Christin Klose

People over 35 who had their last check up less than three years ago but didn’t get the Hepititis screeaning can now get a free-of-charge Hepatitis B and C test anytime before their next check-up, the G-BA confirmed.

Since the start of October, people struggling with mental health issues are able to test out different therapy groups to see if they think they would be a good fit – all covered by their health insurance.

This means that patients with statutory health insurance can get a taste of group therapy and decide whether it is suitable for them before committing to numerous sessions.

In practice, that means the insurance companies will now cover up to four 100-minute or up to eight 50-minute sessions with the therapist that leads the group. In these one-on-one sessions, the group leader will explain mental disorders and discuss how group therapy works and what it can achieve.

In addition to providing information, the G-BA says these introductory sessions can also be used for therapeautic purposes, meaning patients can also talk to the therapist about their specific mental health issues.

To make it easier for people in distress to access the services, patients shouldn’t need to notify or apply with their health insurance company before attending a session in order to be reimbursed. However, it’s important to note that sessions should be with a certified group therapist or psychotherapist in order to qualify for reimbursements.

READ ALSO: ‘Stressful experience’: How hard is it to find an English-speaking therapist in Germany?

According to the G-BA, another change is that patients can also opt to have trial group therapy sessions within the group itself. If the patient opts to participate in the group setting, they can get to know both the therapist and other group participants to see whether they feel the group dynamics and chemistry would work for them.