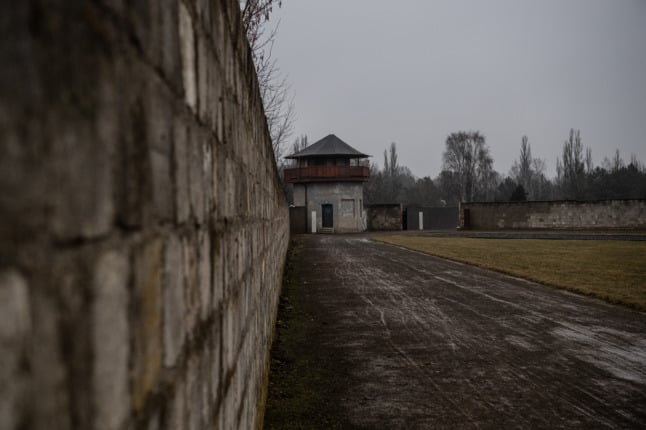 “No one voices any doubts when charges are filed over a murder after 30 years,” he tells AFP.

“But the prosecution of old men and old women is somehow viewed as problematic after 75 years, even if it’s about 1,000 or 5,000 murders in which active assistance was provided by the accused.”

Justice has “no expiry date”, stresses the lawyer, who has led the way on a series of twilight justice cases in Germany against the last surviving Nazis.

It was due to a case Walther put before the courts in the early 2000s that jurisprudence was set in 2011, allowing investigators to prosecute Nazi staff on the basis they had served as part of Adolf Hitler’s extermination machine.

On Thursday, another of his cases will be reaching the court.

The trial of Josef S., now 100 years old, accused of complicity in the murder of 3,518 prisoners between 1942 and 1945 at Sachsenhausen concentration camp will open. Walther is representing survivors of the horrors and their relatives.

The long-term prosecutor and later judge has dedicated his retirement years to bringing justice, even if late, to victims of the Holocaust and their descendants.

Besides “the relatives of those killed, countless families that have been completely wiped out too have the right to this late justice”, he says.

Located about 30 kilometres (18 miles) north of Berlin, the Sachsenhausen camp held 200,000 detainees between 1936 and 1945, mainly opposition figures, Jews and gays.

The accused, who lives in Brandenburg, has refused to make public comments about the trial. Aged 21 in 1942, he was a chief corporal at the camp.

“The higher ranked officers have died… only those of lower ranks can theoretically still be alive today” and brought to justice, says Walther.

The German lawyer collects witness accounts from across the world that have helped to launch these last proceedings.

In the 2000s, while he was still a magistrate, he put forward the file that led to the 2011 conviction of John Demjanjuk, 90, a former guard at Sobibor camp. Since then, courts have handed down several guilty verdicts on the grounds that the defendant served as part of the Nazi killing machine rather than for murders or atrocities directly linked to the individual accused.

In the early years after WWII, there was a general reluctance to pursue former Nazis, many of whom remained in key administrative and judicial positions.

Germans were focused on rebuilding a country in ruins, and many remained in denial about past crimes, dismissing the 1945-49 Nuremberg trials as “victor’s justice”.

“I know all the possible means used by prosecutors and judges 30 or 40 years ago to abandon proceedings or to deliver acquittals on Nazi crimes,” says Walther.

“Such practices have nothing to do with law and justice.”

For Walther, the trials serve as valuable deterrence even today.

“It is always a reminder for the present – there are places and actions one can’t be a part of.”