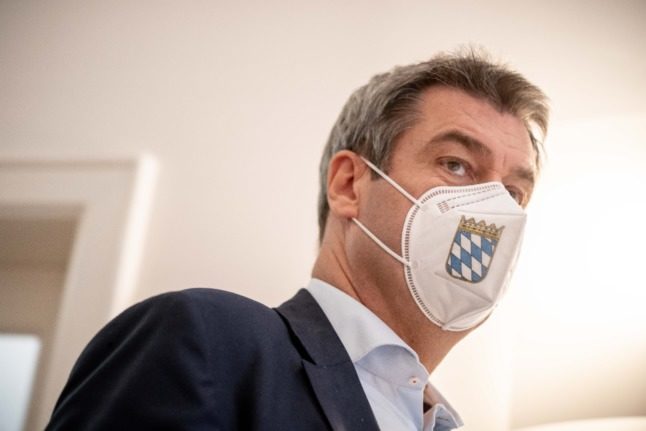 “The SPD is not too far ahead, but it is ahead of the (conservative bloc),” Alexander Dobrindt, the parliamentary leader of the CSU, said after a meeting of the party’s newly elected MPs.

The CDU-CSU should therefore expect that other parties “are talking to the SPD first”, he said.

The election result “must be accepted, it is a basic rule of democracy,” he said.

The SPD and their chancellor candidate Olaf Scholz narrowly won Sunday’s election with 25.7 percent of the vote.

The conservative bloc under Armin Laschet trailed behind on 24.1 percent – its lowest election score since World War II.

But Laschet, who is also the head of the CDU, insisted his party would still try to build a governing coalition and was ready for talks with the Greens and the liberal FDP for a possible partnership.

Laschet also failed to congratulate Scholz on the election win, provoking criticism from other parties and from within his own ranks.

Söder expressly congratulating Olaf Scholz on winning the election just now: "It is important that we respect the result". Laschet hasn't congratulated Scholz yet, or at least not known to have done so publicly.

“It is important to respect an election result,” Söder said Tuesday. “Part of that is that I once again congratulate Olaf Scholz.”