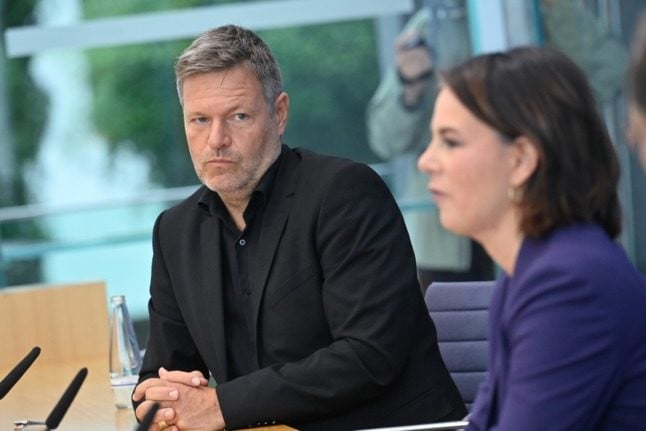 The Social Democrats (SPD) won Sunday’s German election, and chancellor candidate Olaf Scholz says the centre-left party has the mandate to form a new government. But it’s not that simple. Here’s a look at how it could play out and what we know about the race to replace Angela Merkel so far.

Have the coalition talks started?

No. Before we can even think about a new German government – and before the formal coalition discussions start – the first step is exploratory talks.

At the moment, the parties are discussing within their own ranks what their most important points are plus ministerial positions they have their eyes on.

The SPD – with Scholz at the helm as chancellor candidate – will be aiming to find common lines with the Greens and the business friendly FDP, and then draw up a coalition agreement quickly, although haggling could take months. After the last election in 2017, coalition talks were so difficult that it took 171 days to form a new government – it wasn’t until March of the following year that the new cabinet was sworn in.

If coalition talks don’t work out with the SPD, it’s conceivable that Chancellor Angela Merkel’s Christian Democratic Union (CDU) and its Bavarian sister party, the CSU, take a crack at forming a government.

The CDU’s Armin Laschet said after the election that the conservatives also have a mandate to lead Germany. Yet in-fighting over this decision is already heavily affecting the party, with some calling for Laschet’s resignation.

READ ALSO: Five things you need to know about the German election

If all coalition talks fall, there could be a minority government – or fresh elections held.

Until all of this is worked out, Merkel will remain chancellor as head of the caretaker government in Germany. She will step down only when the new government is formed whenever that may be.

As we’ve been reporting, both the SPD’s Scholz, and the CDU’s Armin Laschet said they want to see a new German government in place by Christmas – that’s December 24th in Germany, just under three months away.

German journalists, well-connected ones, seem to be pretty certain this morning that the 🚦 coalition will be up and running before December.

EXPLAINED: Who will be in Germany’s next coalition government

Is it certain that the SPD will lead the next government?

Nothing is certain and it all depends on how the coalition talks go. What we know is that Scholz and his SPD have the momentum at the moment to form the government so the ball is in their court in some ways. The main question right now is whether they can make it work with the Greens and the pro-business Free Democrats (FDP) as partners.

A fresh survey shows the majority of Germans would like to see this three way government, and Scholz as chancellor.

In the poll conducted by infratest dimap for ARD, 62 percent of respondents said they favoured SPD candidate Scholz as chancellor, while 16 percent went for Union candidate Laschet. A majority of 55 percent said they would prefer to see a so-called traffic light – ‘Ampel’ – coalition – that’s the SPD-led government with the Greens and the FDP.

In the survey, 33 percent said they wanted a so-called ‘Jamaica’ coalition of the CDU/CSU, the Greens and the FDP.

In another poll, 56 percent said they wanted Scholz as chancellor and 11 percent chose Laschet.

What are the Social Democrats saying?

The SPD is confident that it can strike a deal with the Greens and FDP, with high profile members of the party saying they are happy to start talks this week.

“The Greens and FDP have been invited by us to hold exploratory talks with us – if they want, even this week,” Mützenich said ahead of a parliamentary group meeting with existing and newly elected members of the Bundestag.

“We are ready to lead not only fast, but also reliable talks,” Mützenich said.

The question of red lines in the talks – the non-negotiable stuff – is not a discussion point right now, he added.

Key points for the SPD are likely to be the minimum wage, housing and a restructuring in view of the climate crisis.

“But we will not conduct coalition negotiations in public,” Mützenich stressed.

So when will the action start?

The two smaller election winners want to sound out common lines. The meeting will be decisive for the question of whether ‘traffic light’ talks with the SPD or ‘Jamaica’ coalition discussions with the CDU/CSU will begin.

The Greens say they want to talk with the the SPD and the CDU/CSU quickly.

“We assume that there will now be talks in the coming days with all parties that are potentially capable of forming a government in existing constellations,” Habeck said. Baerbock stressed that the task now is to lead the Greens “into a federal government that ushers in a new era”.

What’s this about a new vice chancellor?

On Tuesday morning exploratory talks had not yet started, but there was already some drama…

According to German media reports, Green Party leader Robert Habeck has already claimed the post of vice chancellor in the possible new German government. But this haggling is not going down well with others in his party.

He said the Greens are negotiating for a better climate policy. “After that, it will be decided who gets which post,” he told Spiegel. “That will be decided by the party and not just two people in personal talks,” he said, seemingly pointing the finger at co-leaders Habeck and Annalena Baerbock

Habeck did not confirm the reports that first appeared in German daily FAZ – but told broadcaster ARD that it was a part of the job to clarify issues about future posts.

“Assume that we are completely sorted,” Habeck had said on Monday without commenting on the rumours about a vice chancellorship.

Baerbock delivered a record result for the Greens but will make way for Habeck as vice chancellor https://t.co/3rk2Uo6byS