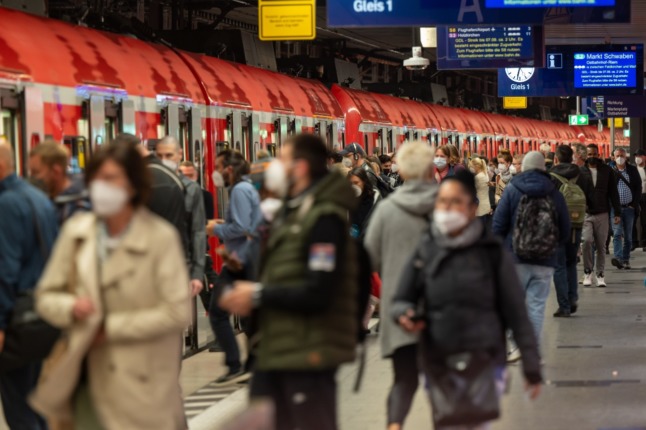 The ongoing strike action was not within “the relevant legal framework”, said Martin Seiler, personnel director for Deutsche Bahn.

“Therefore we must act in the interest of our customers and employees and allow the strike to be legally reviewed,” he said.

The Frankfurt am Main labour court will rule on the urgent application this evening, it confirmed on Thursday. The hearing on the interim injunction is scheduled to begin at 6 pm.

The latest walkout is the third strike in a month on German rail, and the longest yet, with the action set to last until the early hours of Tuesday morning next week.

Deutsche Bahn published the terms of a new offer to train drivers on Wednesday evening, as the strike began on cargo services, but it was rejected by the unions.

The rail company had proposed bringing forward a 3.2 percent increase in drivers’ salaries and agreed to coronavirus-related bonuses of up to 600 euros – a demand made by the union.

“We have now presented the third improved offer – without the GDL seriously entering into negotiations with us,” said Seiler.

“No person and no union on this planet could accept this offer,” Claus Weselsky, head of the GDL union, told German public television.

“The bad news for passengers — the strike continues,” he said.

As in previous strikes, around a quarter of normal long-distance services will run, while about four in ten regional and urban commuter trains will be operating as normal.

The strike action began on August 10 after union members voted 95 percent in favour, following the collapse of pay talks with Deutsche Bahn.

The last major conflict between unions and Deutsche Bahn took place in 2014-2015, when over nine months GDL organised nine rounds of strikes to demand regulatory reforms.

READ MORE: Here’s how to navigate the Deutsche Bahn train strikes in your region of Germany