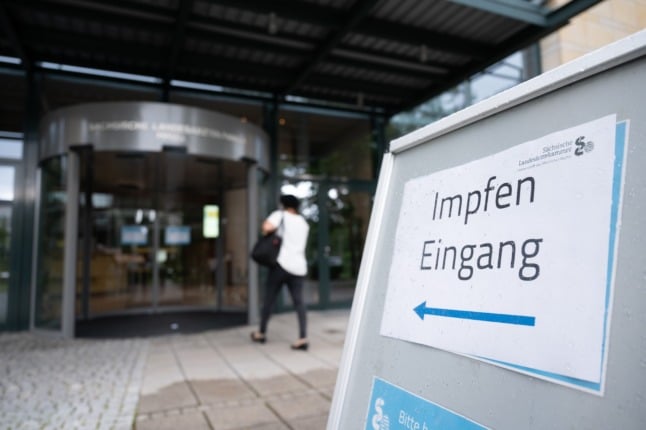 With the rapid spread of the highly contagious Delta variant in Germany, the Standing Vaccination Commission (STIKO) is adapting its vaccination recommendations.

Under the latest advice, people who have received a first dose of AstraZeneca should in future receive an mRNA vaccine such as BioNTech or Moderna as their second injection, regardless of their age, the committee announced on Thursday.

The interval between the first and second dose should then be at least four weeks. The recommendation will apply “subject to the feedback from the comment procedure,” it said.

Chancellor Angela Merkel had received a Moderna second jab after getting an AstraZeneca injection for her first.

STIKO had previously only recommended this to younger people who had already received an initial vaccination with AstraZeneca.

In their latest recommendation, the commission emphasised that in view of the significantly more contagious Delta variant, it was important to “take the second vaccine dose on time”.

After just one vaccine dose, the protection against Delta seems to be “significantly reduced”.

For fully vaccinated people, the protection offered against severe courses of the disease is similar for Delta as it is for other variants, the experts said, citing recent data from the United Kingdom.

STIKO now recommends the following intervals between the two required vaccine doses: three to six weeks for Biontech/Pfizer, four to six weeks for Moderna, nine to 12 weeks for AstraZeneca (if the patient receives two doses of the same vaccine) and “from four weeks” for the combination of AstraZeneca and mRNA vaccine.

Germany expects the Delta variant to take over as the dominant strain of the coronavirus in the country in the coming days.