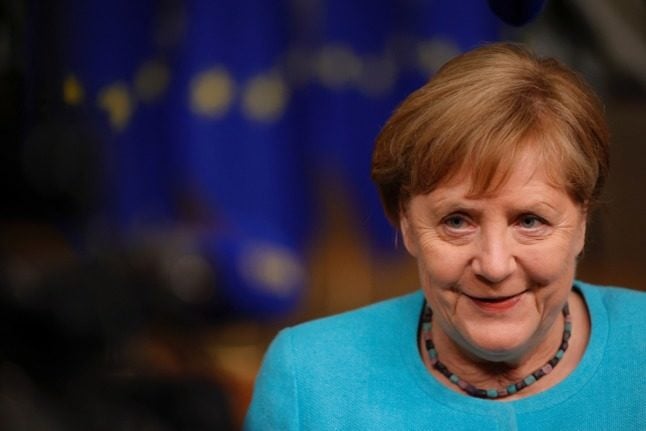 Angela Merkel and I have at least one thing in common now – we’ve both been jabbed with Covid-19 vaccines for our second dose that were different than the one we got for our first.

After both of us receiving AstraZeneca shots earlier this year, the German Chancellor and I were coincidently vaccinated with mRNA doses in the same week – a Pfizer-BioNTech injection for me and a Moderna jab for Merkel.

We’re not the only ones though. Mixing and matching vaccines has been fairly common at German vaccination centres and at doctors following what seemed like constant swings in expert health advice on the AstraZeneca shot earlier this year.

In late March, Germany restricted AstraZeneca’s use in people under the age of 60, due to rare but potentially severe blood clots.

Then only a few weeks later in April, a handful of German states lifted the priority list for AstraZeneca – allowing anyone over the age of 18 to book an appointment, no matter their health condition. This opened up the chance of getting a vaccine early to lots of people who didn’t belong to Germany’s risk groups.

Rather than wait for a different vaccine, some German residents – like PhD researcher Shambhavi Chidambaram who lives in Berlin – sent out a flurry of emails to doctors to try and secure a dose.

“I thought the risk of getting a blood clot from the vaccine was much lower than the risk of falling ill with Covid, or giving Covid to someone else,” she says.

Like Chidambaram, it was more important for me to get vaccinated quickly than to shop around for a particular type of shot.

A few weeks after getting a dose of AstraZeneca, I called my doctor to arrange my second appointment. “Our practice is short of AstraZeneca now. Will you take BioNTech?”

“I’ll take whatever you have,” I responded.

Fully vaxxed/durchgeimpft/Pfizer-BioNTeched. Feels like getting a shot of happy optimism straight into my veins. pic.twitter.com/nd91Vdkw9p

Aaron Burnett’s Vaccine selfie on June 22nd – the same day Angela Merkel’s spokesperson announced she had got her second shot.

Since that phone call, AstraZeneca’s EU deliveries came up short, Pfizer delivered ahead of schedule, and research teams in Germany, Spain, and the UK started looking at whether mixing and matching was safe.

“It’s historic. A mix-and-match vaccine regime like this has never been done before,” says Dr. Joana Barros-Martins, a researcher from Medizinische Hochschule Hannover and lead author of a preprint study looking at whether mixing and matching is safe. Her research team also wanted to see whether the body would have a higher immune response in a mix-and-match approach.

“Each vaccine has a different way of showing the immune system how to recognize the spike protein,” she tells The Local.

“That’s why it’ll be interesting to see how effective mixing and matching is over a longer time, like after we get three-month or six-month data.”

Although Dr. Barros-Martins cautions that researchers are waiting to see what longer-term results will look like, her team found that patients who had a first dose of AstraZeneca and got Pfizer for their second shot had an 11.5-fold increase in relevant antibody levels three weeks later.

READ ALSO: EXPLAINED – How can people in Germany get a Covid vaccine appointment?

That compares to patients who had two doses of AstraZeneca. Their antibody levels increased 2.9-fold over the same period. Scientists are still studying how mix-and-match patients compare with those who receive two doses of mRNA vaccines like Pfizer or Moderna.

Preliminary studies in Spain and the UK have found broadly similar results, although mix-and-match patients were more likely to experience mild vaccine-related side effects, such as fever.

Now as Germany continues to ramp up its vaccination campaign with a wide selection of vaccines, lots of people are thinking about getting a different second dose.

Around 34.1 percent of the population is fully jabbed, and about 52.9 percent has received at least one dose.

For Chidambaram, the benefits are clear – which is why she’s looking to get either Pfizer or Moderna for her second dose. It’s a request many family practices, including mine, seem happy to honour.

“I know studies are still ongoing, but there doesn’t seem to a downside in terms of serious health risks,” she says. “Since there’s clearly a potential benefit and Germany has a high vaccine supply right now, it seems like a sensible decision.”

Aaron Burnett is a German-Canadian journalist specializing in international security, as well as European and Canadian politics.