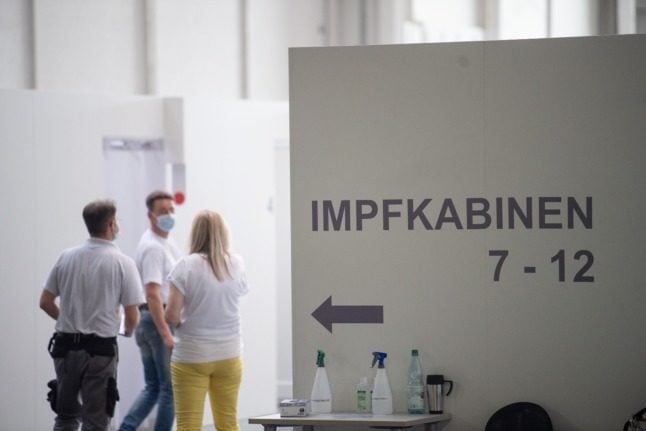 Germany’s Standing Commission on Vaccination (STIKO), which advises the government on vaccine matters, says it believes some people have not built up effective coronavirus immune protection despite being fully vaccinated.

“There are now several studies showing that vaccination against Covid-19 does not work as well in people whose immune systems are slowed down by medication as it does in others,” STIKO chairman Thomas Mertens told the Funke Media Group newspapers.

The immune response is worse than others – or it fails altogether, he said.

This affects people who have undergone an organ transplant, for example, and also cancer patients in some cases. In rheumatism patients, too, the immune response is reduced to varying levels, he said.

In such cases, it is important to reduce the risk of infection in the environment through vaccinating as many people as possible. “This is called the cocoon strategy,” Mertens said.

At the moment it’s not possible to estimate how large the group of patients is who have not built up any immune protection, or too little, despite being fully inoculated. “But we have to assume that these are not just isolated cases,” he said.

Earlier this week Germany opened up all vaccines to everyone over 12 in the country. However, there are still shortages on supplies and appointments.

State by state: How to apply for a Covid vaccine in Germany

The latest figures show 46.5 percent of the population has received at least one vaccine dose, and 22.8 percent are fully vaccinated against Covid.

The highest incidence rate among the states is in Baden-Württemberg, with 25.9, and the lowest in Mecklenburg-Western Pomerania, with just 5.3 cases per 100,000 people. No district is reporting an incidence above 75. Tirschenreuth and the district of Schwerin now have a 7-day incidence of 0.

Areas across Germany are continuing to open up more of public life after the shutdown. In Berlin, hotels and other tourist accommodation is opening from Friday June 11th.

On Thursday, health offices reported 3,187 new coronavirus infections within a day to the Robert Koch Institute (RKI).  For comparison, a week ago there were 4,640 cases.

Across Germany, 94 new deaths were recorded within 24 hours. A week ago, there had been 166 deaths. The number of people who have died from or with a confirmed Covid infection now stands at 89,585.

The RKI has logged 3,709,129 confirmed Covid cases since the start of the pandemic, but the actual total is likely to be much higher because many infections go undetected. The estimated number of people who have recovered stands at around 3,563,800.

The nationwide 7-day reproductive number (R) is 0.74, according to the RKI. This means that 100 infected people on average go on to infect 74 more people.

If the R number is below 1 for a longer period of time, the incidence of infection is decreasing; if it is continuously above 1, the number of cases is going up.