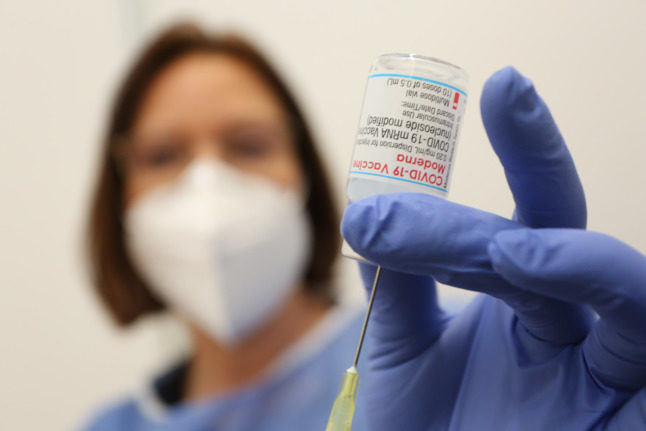 According to the RKI, 1,353,453 vaccinations were given on that day, and 408,260 on Thursday, or the national public holiday Ascension Day.

As German Health Minister Jens Spahn (CDU) announced on Twitter, this means that almost two percent of the German population was vaccinated on both days combined.

Before the new daily record was reached, there had already been three days in recent weeks on which more than one million jabs were administered.

A grand total of about 38.6 million vaccine doses have been given in Germany, up to and including Thursday.

The vaccination rate varies depending on the state. The small western border state of Saarland has the highest rate, with 40.4 percent having gotten a first jab. The eastern state of Saxony lags slightly behind the other states at 31.1 percent.

The vaccination campaign in Germany began at the end of last year. Initially, people over 80, residents of retirement and nursing homes, and medical staff were targeted.

Among other things, chronically ill people with an increased risk of a severe and fatal course are also given priority for vaccination.

Now most states in Germany have opened up vaccines for priority group 3 – which includes those over 60 years of age and several pre-existing health conditions.

Germany has also waived the priority requirement nationwide for vaccines with AstraZeneca and Johnson&Johnson, both which in rare cases have presented serious health complications for people under 60.

READ ALSO: Germany makes J&J vaccines available to all adults: What you need to know