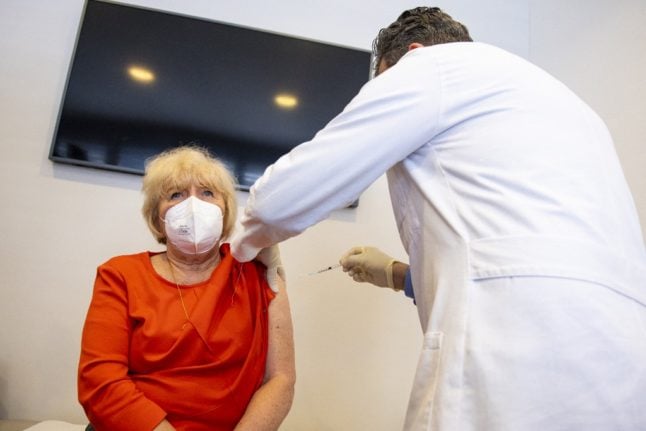 Only 23 percent of Germans believe that the country will be able to meet this target, according to the Süddeutsche Zeitung, citing a DPA-commissioned YouGov poll.

As many as 62 percent don’t think it will happen, while 15 percent did not give an answer.

Chancellor Angela Merkel has repeatedly given September 21st as the date by when all adults in Germany will have been offered a vaccine.

But Germans’ confidence in this promise has seemingly waned over the past couple of months.

A similar YouGov poll from the start of February showed that 26 percent still believed that the goal would be achieved, the paper reported.

Even then, 57 percent of people questioned did not have faith in the promise.

There is scepticism within the voting ranks of Merkel’s own party, too.

Fifty-three percent of CDU and CSU voters do not think vaccinations will be offered to everyone by the end of the summer, the paper said.

And the percentage among the other parties represented in Germany Bundestag, its lower house of parliament, is even lower.

Sixty-one percent each of Green and Die Linke party voters think the target is unrealistic.

The remaining parties are even more sceptical: 63 percent of SPD voters, 73 percent of FDP voters and as many as 82 percent of the voters for Germany’s nationalist, right-wing AfD party don’t think the country will meet its goal.

Vaccination levels in Germany have lagged behind the UK and the US, but are gradually picking up speed.

The below chart shows the difference in the proportion of the two populations who have received at least one dose of a Covid-19 vaccine. With all general practitioners able to offer vaccinations in their practices after Easter, it’s hoped that vaccination levels will increase further.

The poll shows that vaccine willingness in Germany has slipped slightly since January when a similar poll indicated that 67 percent of people said that they wanted to get a vaccine.

The latest figure stands at 57 percent, plus the 8 percent who have already been vaccinated.

Eighteen percent do not want to have the vaccine and 16 percent have not yet decided or didn’t want to say.

On Easter Monday, the Robert Koch Institute (RKI) reported 8,497 new Covid-19 infections within the last 24 hours and a further 50 deaths.

The below RKI chart from April 4th shows the geographical distribution of cases around the country for the last seven days, with the darkest areas representing regions with the greatest numbers of coronavirus cases. The seven-day incidence rate also rose to 128 from 127 a day earlier.