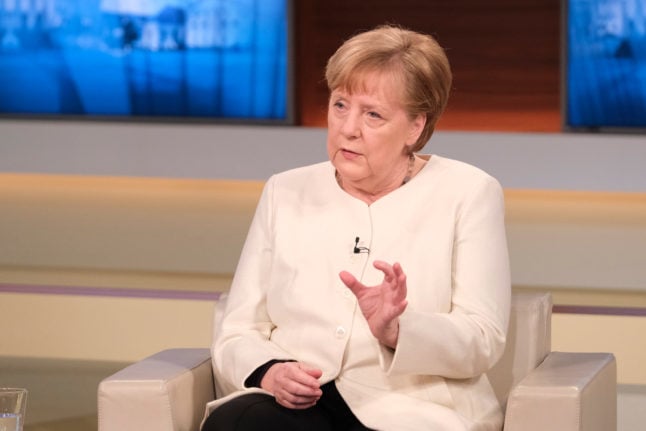 “We need action in the federal states,” Merkel said in an interview with the ARD broadcaster.

“We have to take the appropriate measures very seriously. Some states are doing it, others are not yet doing it,” she said.

At a tense meeting last week, Merkel and the regional leaders agreed to stick to shutdown measures including an “emergency brake” to be applied in regions with high incidence rates.

The plans envisage curfews in areas with more than 100 new infections per 100,000 people over seven days — a measure that Merkel on Sunday said would be a “very effective tool”.

But under Germany’s federal system, each state can ultimately decide its own rules and some have failed to impose curfews and gone ahead with reopening measures, despite fierce criticism.

The small southwestern state of Saarland has said it plans to end its shutdown completely and open leisure, sports and entertainment facilities after Easter to those who can provide a negative test.

“If we are creating the impression that we can still open things – that is not the order of the day at the moment,” she said.

Germany was widely praised for its handling of the first wave of the pandemic, but has struggled to contain new infections since they began spiralling out of control in a second wave late last year.

Cases had started to come down after Christmas but the British variant has led to a dramatic spike in recent weeks, just as the country was taking first steps towards reopening.

Merkel and the regional leaders had also last week agreed to a short, sharp shutdown over Easter, with almost all shops to be closed and citizens urged to stay at home.

But they reversed that decision two days later, acknowledging that there were prohibitive hurdles to shutting the economy down for five days with so little notice.

Facing calls for a confidence vote in parliament, Merkel took the blame for the climbdown in a rare public apology, asking Germans to forgive her for the “mistake”.

Merkel and the regional leaders are next due to meet on April 12, but with case numbers soaring well into what the Robert Koch Institute (RKI) health agency has called “exponential” growth, many say action is needed sooner.

Health Minister Jens Spahn on Saturday said the whole country needed “another ten, 14 days of real shutdown of our contacts and mobility” to bring infections under control.

Merkel’s chief of staff Helge Braun told the Bild daily that Germany was “in the most dangerous phase of the pandemic”, raising fears that a rampant third wave could give rise to more dangerous mutations.

With patience running thin over a sluggish vaccine rollout, testing delays and a corruption scandal over mask procurement contracts, support for Merkel’s CDU-CSU conservative alliance has plunged to new depths just six months ahead of a general election

A poll for the Bild daily on Sunday placed the conservatives on just 25 percent, their lowest level for a year and well below the record low result of 32.9 percent they secured at the 2017 elections.

Europe’s top economy will elect a new government in September and a new chancellor, as Merkel is retiring after 16 years in power.

Merkel on Sunday condemned the behaviour of CDU politicians caught up in the “mask affair” corruption scandal as “completely unacceptable and outrageous” and said her party had “no automatic claim on the chancellery”.