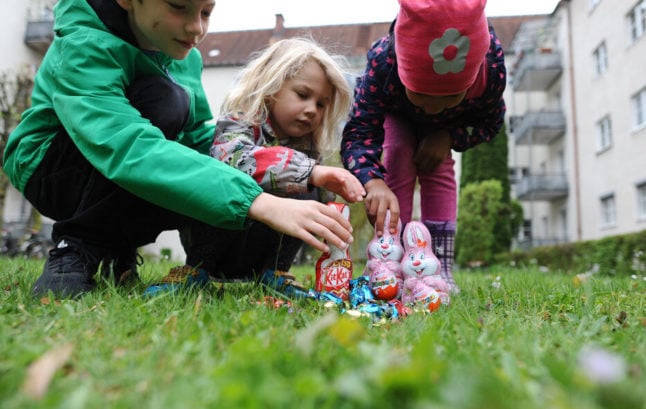 Echoing the relaxation of pandemic restrictions over Christmas, the German government is planning to allow families to meet up over April’s religious holiday.

The proposal states that “calm behaviour of Germans during the Christmas period was impressive proof” that family visits can happen safely.

For five days over Christmas, contact rules were relaxed to allow people to meet their immediate family to celebrate the religious holiday.

“Therefore, the German states will make an exception to contact rules between the dates of April 2nd and April 5th, allowing for meetings with up to four people from outside one’s own household as well as children under the age of 14,” the proposal states.

While Robert Koch Institute (RKI) boss Lothar Wieler appealed to the public to not visit family at Christmas due to fears “the infection dynamic will become even worse”, concerns that the festive period could turn into a superspreader event failed to materialize.

The high point of the second wave of infections was reached shortly before Christmas, with cases falling off during the Christmas break and in the first two months of the new year.

According to Spiegel, epidemiologists are again warning that family visits at Easter could lead to an acceleration of the third wave.

Overall, though, the meeting is likely to end in a return to restrictions as a third wave of infections builds in momentum.

The meeting between Merkel and the leaders of Germany’s 16 states was originally scheduled to discuss a further relaxation of rules, but a third wave of the virus driven by new variants has changed the agenda dramatically.

At the beginning of March, Germany began loosening lockdown rules, allowing hair and beauty salons to reopen, as well as home appliance and garden shops. Retailers were also allowed to open on an appointment-basis in many states.

Lifting further restrictions on dining, cultural and leisure facilities will likely now have to be delayed and instead, worst-hit areas may from Monday have to reimpose measures and order shops and some schools to close again.

“Without significant restrictions, the number of new infections will increase to the point that the health system risks being overwhelmed by April,” the draft reads.

Requirements that employees work from home whenever possible will be extended to April 18th, according to the document, instead of ending on March 28th.

READ ALSO: What you need to know about Germany’s new working from home rules

To prevent any contagion at the workplace, companies will be required to provide at least two rapid tests a week to employees who are unable to work from home, it said.

With an eye on upcoming Easter school holidays, those who go abroad would be required to be tested and go into quarantine when they return to Germany.

And, most controversially, overnight curfews could be imposed for the first time across the country in regions where the seven-day incidence rate surpasses 100 per 100,000 people.