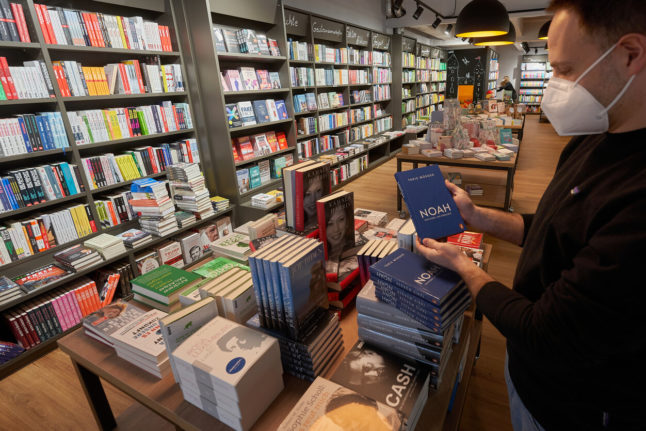 The steps agreed upon last week between the federal government and the states set out a five stage plan that they hope will allow the country to return to some form of normality without letting the coronavirus gain the upper hand.

Monday March 8th is the first date on this roadmap. Here is what has been allowed again since Monday morning.

Who can I meet?

The new rules allow for two households to meet indoors. Since December, one household could only meet with one other person.

Now a maximum of five adults from two households are allowed to meet. Young children are not taken into account in the numbers.

The state of Saxony-Anhalt has gone even further, allowing two households each containing five adults to meet.

In terms of exercise, sport with members of other households is also now possible.

READ MORE: This is Germany’s 5-step plan to head out of lockdown

For regions with a seven-day incidence below 50, the rules now state that up to 10 people can meet outdoors for non-contact sport.

In places with an incidence between 50 and 100, two households with a maximum of five people can meet for exercise.

Which shops are open?

In most of the country, flower shops, book stores and gardening centres are allowed to reopen their doors. But the openings come with tight restrictions. These businesses are allowed to have a maximum of one customer per 10 square metres.

High street stores are also allowed to open again in most states but under the condition that customers visit them by appointment. Here, only one customer is allowed per 40 square metres.

In districts with a seven-day incidence below 50, people can go shopping without booking an appointment but limits on the number of customers allowed mean that queues for some stores can be expected.

The state of Thuringia, which still has a seven-day incidence over 130 has decided not to open up any shops or cultural centres until the virus’s spread slows further.

What about cultural activities?

Museums, art galleries, zoos and botanical gardens are allowed to open back up again. In regions with a seven-day incidence between 50 and 100, these visitor attractions are open on an appointment only basis.

In regions with a seven-day incidence below 50, people can visit these attractions without an appointment but the number of people who will be allowed in will be strictly limited.

So-called close-proximity services, which include massages, tattooing, pedicures and cosmetic work is once again allowed. Both customer and service provider must wear medical standard face masks. The seven-day incidence in each district on March 6th. Source: RKI

Driving schools are also allowed to start giving lessons again. But learner drivers will have to provide a negative test result from that day in order to have their lesson. The same goes for flying lessons.

The fourth opening step scheduled for March 22nd also depends on the incidence rate. If the 7-day incidence remains stable below 50 for 14 days after the third opening step, a state can reopen outdoor dining in cafes and restaurants, theatres, concert halls, opera houses and cinemas, and allow non-contact sports indoors and contact sports outdoors.