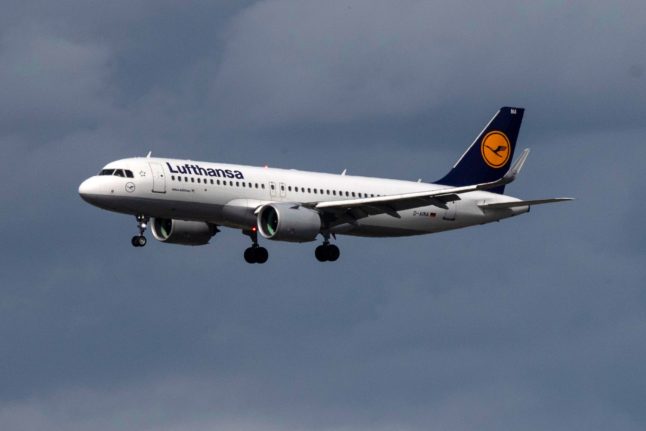 The German government is preparing to seal off its borders to travellers from the Britain, Ireland, Portugal, South Africa and Brazil.

The emergence of new virus variants in these countries deemed more infectious than the original strain, has fuelled concern at a time when many nations are struggling to rein in the pandemic.

Spiegel reported that the ministries involved have agreed on a new regulation. It is to be reviewed and signed by cabinet members as early as Friday. The new rules could then come into force this weekend.

Here's a look at what the draft plans say. Keep an eye on the Local Germany homepage for developments on this story.

What new restrictions does Germany want to adopt?

The draft of the new regulation, which was made available to Spiegel, first imposes a general ban on all flights from so-called virus variant areas.

This means no airline would be allowed to carry passengers from these countries to Germany.

Under the plans, the ban would apply from January 30th to February 17th.

How is the ban justified?

The paper states that “in order to protect the population in Germany and to limit the entry and rapid spread of the new virus variants”, “a temporary restriction on the transport of passengers from countries classified as virus variant areas is necessary”.

What are the exceptions?

German citizens and residents of Germany are explicitly exempt from the draft regulation – they may continue to return to Germany from these countries.

Furthermore, diplomats are exempt, as is cargo traffic plus humanitarian and medical flights.

The exemption means that airlines such as Lufthansa can continue to offer flights from the mutation areas, but they are only allowed to take residents, or those mentioned above, who can present a negative Covid-19 test.

The federal police have already been asking all airlines to strictly control this testing obligation, otherwise penalties may be imposed.

Why does the German government want to restrict travel?

There are major concerns over the new virus variants becoming more widespread in Germany so the government wants to limit flight connections even further from the UK, South Africa, Brazil and Portugal.

So far Germany has seen a handful of cases in which passengers on flights from these places have brought the virus variants with them.

Many countries were slammed a year ago for taking too long to ground travel from China when Covid-19 emerged.

What does the government expect from the new rule?

The new rules are a compromise. Initially, both the Chancellor and Interior Minister Horst Seehofer had spoken of reducing air traffic to almost zero. This would only have been possible through a general flight ban, like is currently the case in Israel.

Legal experts in the ministries made it clear, however, that this would probably not be proportionate in view of the pandemic situation in Germany. Moreover, an entry ban for German citizens would have been ruled as unconstitutional.

So the government will be hoping the regulation and the exceptions go far enough.

It is also worth nothing that airlines will probably cancel several connections and fly less frequently because of the significantly lower number of passengers.

Under previous German travel rules, airlines were allowed to carry transit passengers with connections in Germany. But this may no longer be possible under the new rules.

The loss of this clientele is likely to make long-haul connections in particular significantly less lucrative. However, Lufthansa, for example, has already reduced the number of flights from Brazil and South Africa to a minimum.

What does the new rule mean for travel within the EU?

Apart from Portugal, which has strong air links with Brazil and has reported high infection numbers, no EU country is considered a virus variant area.

However, some EU countries, including Germany's direct neighbour the Czech Republic, are classified as high-risk areas because they have a very high incidence of Covid-19.

Here, too, the rule applies that all entrants must show a recent negative Covid-19 test. This has caused chaotic conditions at the borders to Saxony, as many commuters enter Germany through them.

Meanwhile, it's expected that Germany could soon class the Netherlands and Denmark as high risk areas and the test rules would apply there too.

What do airlines say about the new rules?

Airlines have warned against the travel restrictions. They argue that a further reduction in flight offerings would have major disadvantages for supply chains as a lot of cargo is loaded on them, especially on intercontinental flights.

Airline bosses also say that passengers from the affected areas could rebook and fly to neighbouring European countries and then enter Germany by car or train.

“Such a regulation does not work in the Schengen area, unless it applies equally to the whole of Europe,”  a manager of a German airline told Spiegel.

So far the EU has not agreed on blanket travel restrictions.

Interior Minister Horst Seehofer said Germany could not wait for the EU to take a common decision on such a pressing health issue for the population.