Long queues of cars formed at the Czech-German frontier on Monday and cross-border workers voiced frustration as tighter restrictions for travel into Germany came into force.

At the Folmava-Furth im Wald border post -- where the Iron Curtain once
separated East and West -- tempers flared as people waited around two hours to cross what is now an internal EU border.

"It's cold and it's snowing and there aren't even any toilets," Yveta Haladova, a Czech nurse working in Germany, told AFP.

"It's difficult for everyone, including my employer, because we do not know how long this is going to last," she said.

The car park at the border was full and around 150 cars could be seen in the queue to cross. A centre for carrying out antigen tests had been hastily set up in a customs building.

"I've just had my test and I'm waiting for the result, which should arrive by SMS or email," said Lukas Kottnauer, an auto industry worker.

"It's very annoying, especially since we are going to have to test every 48 hours."

As the Czech Republic is now classed as high risk by Germany because of an elevated coronavirus infection rate, anyone arriving from there must show a negative coronavirus test result.

In the case of people crossing the border into the German state of Bavaria like those at the Folmava border post, the test must have been taken within the past 48 hours -- meaning that commuters will need to take a test every other day. 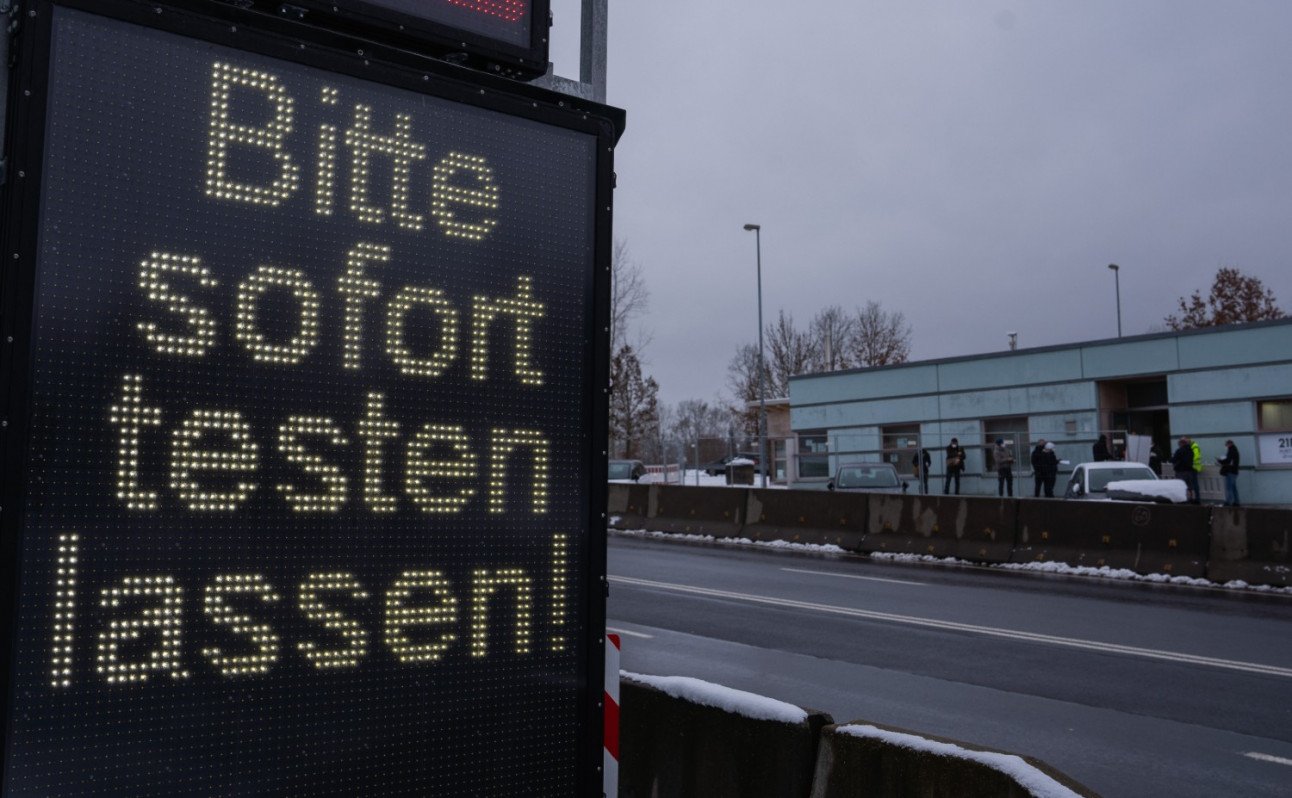 A sign on the German-Czech border advising incoming travellers to get tested right away. Photo: DPA

Tens of thousands of Czech regularly travel to Germany for work, many of them in healthcare.

Medical worker Nikole Dzamova said she had been waiting for about an hour and a half.

"I don't know if I'll get into work on time. It really complicates my life because I go back and forth every day," she said.

Miroslava Jozova, who works in an electronics factory, said she was considering an offer from her company to provide her with lodging in Germany.

"But that is just not possible for anyone with young children that has to go back to Czech Republic every day," she said.

At the border control, German police officer Gerhard Bauemler voiced
frustration at people not respecting social distancing and smoking in the
queue to get tested.

In the neighbouring German state of Saxony, the rule has been relaxed to allow workers to undergo tests twice a week on the German side, before starting work.