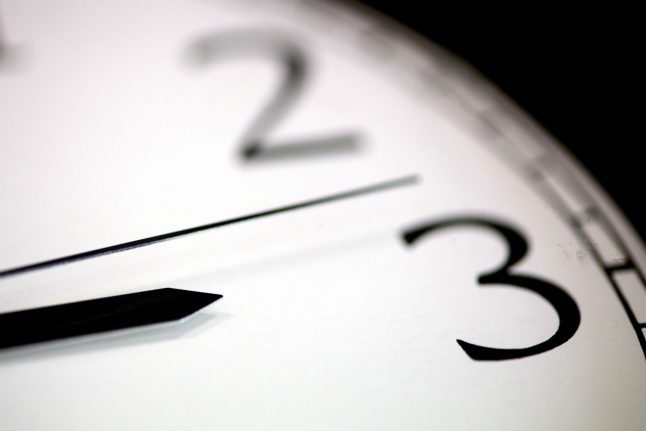 A new law (or ‘Fachkräfteeinwanderungsgesetz’ in German) is intended to make it easier for skilled workers from non-EU countries to work in Germany from March 1st. Visa procedures are to be accelerated and foreigners are to have more – and better – opportunities to learn Deutsch.

READ ALSO: How Germany is set to make it easier for non-EU workers to enter the labour market

Previous restrictions on professions with major staffing problems no longer exist – nor does the so-called priority check, which examined whether Germans or other EU citizens were also eligible for a job before giving it to a non-EU applicant.

Anyone who can speak German and is sufficiently qualified is allowed to stay in the country for up to six months to look for a job. The German government estimates that the new rules will bring an additional 25,000 skilled workers to the Bundesrepublik each year. German airline Eurowings is altering the rules for hand baggage. Starting on Sunday, March 1st, the airline's basic tariff will only include one piece of hand luggage measuring 55x40x23 centimetres free of charge.

The second luggage item can be purchased for an additional fee. From March onwards, only the online check-in will be free of charge for the so-called Basic Fare; additional fees will be charged at the counter.

Sigh of relief for patients

Patients in Germany who fill regular prescriptions previously had to visit their doctors every time they wanted a renewal. But starting in March doctors will be able to issue repeat prescriptions. Patients can redeem this prescription up to three times within one year from the date of issue.

Starting on March 1st, a compulsory measles vaccination in schools and kindergartens will be enforced.

Parents must prove their children have been vaccinated against measles before admittance. If the children are already in school or kindergarten, the proof must be submitted by July 31st, 2021. Fines of up to €2,500 may be imposed for violations. Employees of the affected institutions are also subject to the compulsory vaccination. The new law came into being after Germany reported hundreds of measles cases over the last few years.

In future, victims of sexual violence or abuse will no longer have to pay for the securing of evidence themselves. As of March 1st, health insurance companies will cover the costs in order to improve the prosecution of perpetrators.

Move to move doctors to the countryside

In the fight against the lack of doctors, the so-called “Landarztprämie” (country doctor premium) was introduced in Saxony-Anhalt.

Starting in March, scholarships sponsored by the Association of Statutory Health Insurance Physicians will be used to attract more physicians to a location in the countryside.

Advertising for cosmetic surgery aimed primarily at young people will be banned from March 1st. Until now, such advertising was only prohibited if it applied to a target group under 14 years of age, but not for older teenagers and young adults.

Online advertising on social media platforms such as Facebook or Instagram is also affected by the new regulation. Surgeries with medical necessity, however, are exempt from the legislation.

Municipal elections will be held in Bavaria on March 15th. Local parliaments will be elected – that is, town and district councils. In addition, there are elections for mayors in 24 independent cities such as Munich and Nuremberg, as well as elections for district administrators in 64 districts.