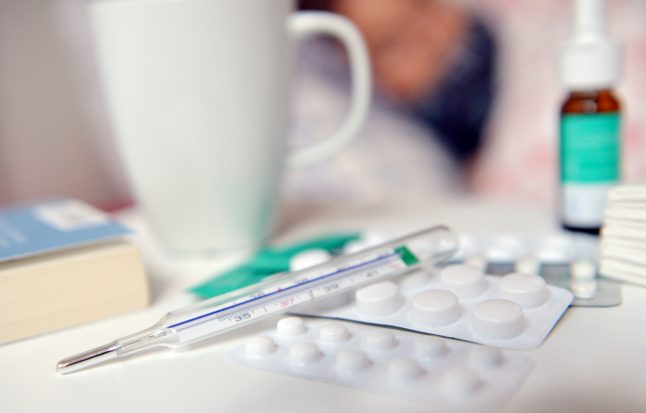 A man from the Mainz area boarded the Flixbus – and was later diagnosed with the infectious virus, Birger Nemitz, spokesman for the Miesbach district, told regional news site the Merkurist.

“One day after the bus ride, he was diagnosed with measles, which was immediately reported to the health department,” the spokesman said.

The man had got on the Flixbus to Munich on Friday September 6th at 9.55am at Mainz Central Station, reported SWR radio.

The responsible health department in Miesbach, south of Munich, is now searching for other passengers of the bus in case they had come into contact with the man, said Nemitz.

After the bus ride, the man also continued on Bayerische Oberlandbahn (BOB) transport in the direction of the city of Tegernsee around 5-7pm.

For this reason, the health department is also warning people who might have come into contact with the man on this part of his trip.

All incidents of measles must be reported to authorities.

The man is undergoing medical treatment. Anyone who might have been travelling with the man should report to the Miesbach health department.

Measles is a highly infectious viral illness, which can sometimes lead to serious complications.

Although it is now uncommon in Germany due to the effectiveness of vaccination, it can prove unpleasant if contracted.

The initial symptoms of measles develop around 10 days after you’re infected, and can include cold-like symptoms such as a runny nose, sneezing and cough. Sufferers also report sore, red eyes, a fever and a red-brown blotchy rash on the head and body.