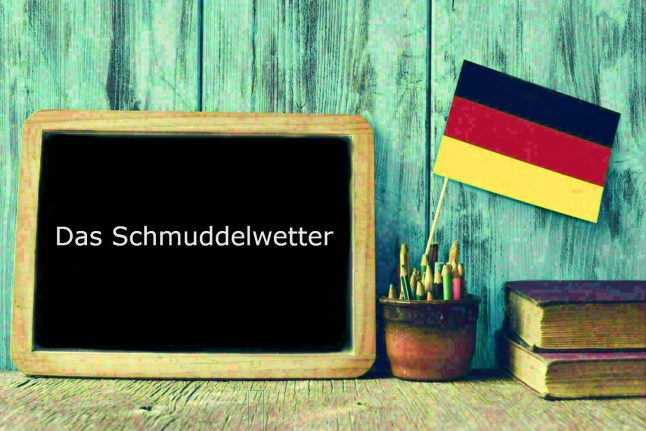 Schmuddelwetter means bad weather, basically. And with bad weather I mean that kind of bad weather where the rain is a light drizzle that is coming from everywhere.

That kind of weather where the clouds might as well be covering the ground, you can't see anything and there’s a light drizzle as well.

As that description might suggest, the word Schmuddelwetter comes from northern Germany, where such weather is no rarity.

It literally translates to “dirty/foul/filthy weather.”

Schmuddel comes from the Low German word smuddeln, which means “to go about unclean.”

However, this is just the word that is used in the northern parts of Germany. In other parts, there are other words for it.

Examples for this are Hundewetter (“dog weather”), Sauwetter (“pig weather”), Mistwetter (“muck weather”) or, if you are in a really bad mood, Scheißwetter (“shit weather.”)

One reader told us that his friends also use the neologism “Englischwetter” to jokingly refer to his home country when the weather is less than perfect. We think that the translation of this doesn't require an explanation. A broken umbrella lies in front of Berlin's Reichtag during a bad bout of 'Schmuddelwetter' on February 11th. Photo: DPA

I don’t really like being in Hamburg, because there’s such filthy weather most of the time.