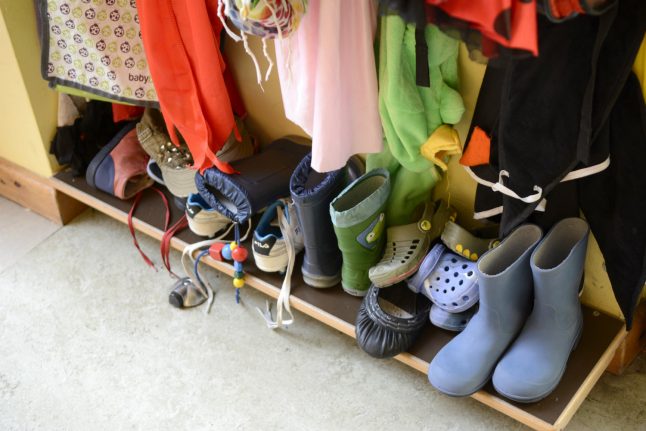 Parents in Berlin are being urged to contact the management of their children's Kita on Monday to find out whether they are affected and, if so, whether emergency care relief is being offered.

The B.Z. reported that there are around 276 state-owned Kitas in Berlin which look after about 34,000 children. There are an estimated 13,000 nursery teachers in the capital.

Some Kitas will remain closed during Tuesday’s half day so-called  'warning strike', while others will offer emergency care.

“Although the situation is difficult for the parents, the solidarity is very high,” said Doreen Siebernik, chairman of the GEW union in Berlin.

GEW called for the strike after the first round of pay negotiations last Monday.

SEE ALSO: How a childcare crisis is leaving Berlin parents stuck at home with their kids

The B.Z. said that nursery school teachers in Berlin earn significantly less than in other federal states. This issue is being examined in the collective agreement of states (TdL).

The union said Kita teachers are striking now because they “don’t want to be forgotten” in the country-wide bargaining round.

The union is demanding pay increases of six percent for educators, or at least €200 extra per month, reported the Berliner Morgenpost. The trade unions also want to make the profession more attractive by upgrading the salary.

Rally at 9am Tuesday

The nursery teachers’ so-called 'warning strike' on Tuesday is limited to a half day. The strike will start with a rally at 9 am at Dorothea-Schlegel-Platz at Friedrichstraße station in Berlin’s Mitte.

Siebernik also invited parents to the rally. “Because one thing is clear: only with a better salary will the city be able to recruit sufficiently well qualified nursery teachers,” she added.

The strikers will receive support from cross-party politicians on Tuesday. Both Raed Saleh, chairman of the Berlin SPD faction, and Katrin Seidel, deputy chairman of the Left faction, want to speak at the rally. The Greens will also support the industrial action.

SEE ALSO: Free for all? How Germany plans to tackle its childcare problem

Berlin's Finance Senator Matthias Kollatz (SPD) will lead the negotiations with the union.

Public transport users could be hit

Meanwhile, Berlin's public transport system (BVG) could also come to a standstill. On Monday, negotiations were due to begin on the collective agreement for some 14,500 BVG employees. The main focus there is on better working conditions. Later, wage increases will also be negotiated.

However, BVG customers don't have to deal with this scenario right away. “We're not threatening strikes before negotiations begin,” Verdi negotiator Jeremy Arndt told the Berliner Morgenpost on Sunday.

However, possible future action by the union will depend on the reactions of employers. Among other things, Verdi demands a reduction of the weekly working hours for all BVG employees from 39 to 36.5 hours with full wage compensation as well as improvements to the Christmas bonus.