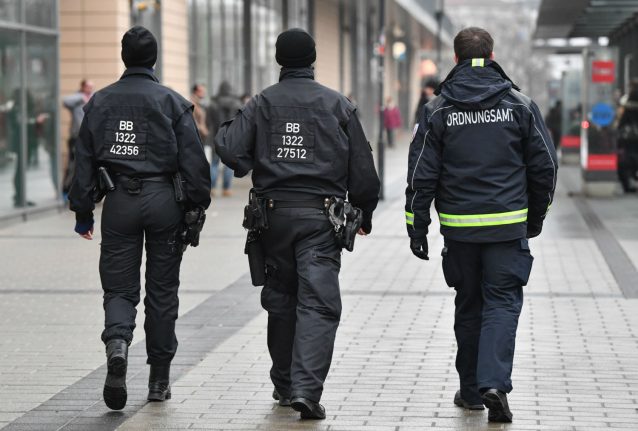 The six men were distributing the spray cans along with flyers for the neo-Nazi NPD party at the city promenade, according to police.

Authorities said that the men were acting in contravention of the Assembly Act, which states that political gatherings must be pre-announced.

Riot police, who happened to be on patrol in the area, confiscated the flyers and tear gas which had not yet been distributed.

A few hours earlier at a nearby shopping mall, a 21-year-old Syrian struck a 16-year-old fellow countryman in the face several times. A third Syrian prevented the attack from becoming more severe. Police detained the alleged perpetrator, who had already been banned from the inner city area for a month due to previous offences.

Cottbus has recently been the scene of several confrontations between Germans and refugees. The police have upped their presence in the city centre while local authorities have announced a freeze on new refugee arrivals.

The heightened tension was sparked when three Syrian teenagers reportedly assaulted a man who refused to let them enter a shopping centre before him in January. One of the youths allegedly attacked the man with a knife.

At around the same time, a Syrian teenager reportedly attacked a German teen with a knife during a fight, leaving him with injuries on his face.

Since then the extreme right have been attempting to mobilize support in the town. Two journalists were attacked at a far-right march through the town centre in late January. According to the organizers 2,500 people turned up for the demo.