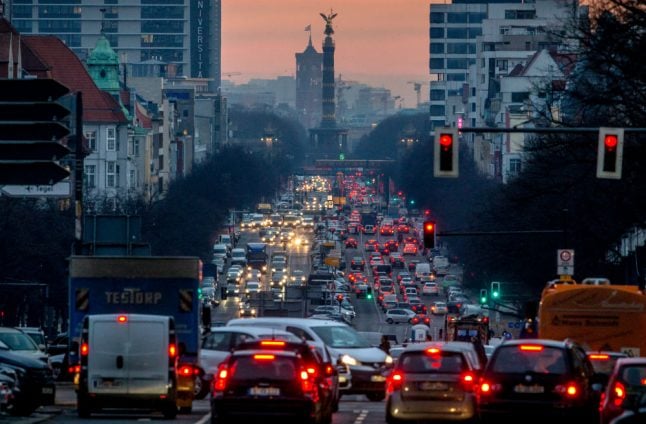 1. A diesel driving ban (which could have nationwide significance) will be negotiated in court

On February 22nd, the Federal Administrative Court in Leipzig will decide on the possible ban of diesel automobiles in city centres.

After the German Environmental Aid (DUH) successfully filed a lawsuit on the ban of diesel cars in cities with nitrogen dioxide emissions above the limit value in North Rhine-Westphalia, the Administrative Court will rule later this month on the appeal.

At least ten major cities could in future be subjected to the ban on older diesel vehicles if their engines are not converted, according to a study conducted by car expert Ferdinand Dudenhöffer.

This means that bans could be imposed in Munich, Stuttgart, Cologne, Reutlingen, Hamburg, Heilbronn, Kiel, Düsseldorf, Darmstadt and Ludwigsburg, according to an analysis by the Center for Automotive Research (CAR Institute) at the University of Duisburg-Essen.

On February 23rd, a new European Union (EU) policy regarding insurance comes into force. It stipulates that customers must be informed in more detail on the scope and status of their insurance policies. Transparency with regards to residual debt insurance policies will moreover increase. German insurers have until 1st October to implement the new policy.

Video-sharing website YouTube is set to introduce new reimbursement rules at the end of February. In order for users to qualify for an advertisement spot, in addition to having at least 10,000 views on their videos, they also need 1,000 subscribers and be able to show 4,000 hours of viewing time within twelve months.

On February 1st, the Istanbul Convention – the Council of Europe Convention on preventing and combating violence against women and domestic violence – will come into force in Germany. This international agreement was initially drawn up in 2011.

According to the Federal Government, Germany has long since fulfilled its obligations under the Convention – for instance, through the legal “no means no” principle. What’s new this month though is that those affected can invoke provisions of the Convention before German courts.

The agreement aims toward a comprehensive prevention of violence, protection of victims and the condemnation of perpetrators. As well, it seeks to strengthen equality between women and men.

As of February 24th, according to an amendment in an EU Cosmetics regulation, cosmetics may no longer contain zinc oxide if there’s a possibility it can be inhaled via sprays. The reason for this, the policy stipulates, is because inhaling zinc oxide particles can cause pneumonia.

Cosmetics that have already been delivered that may contain zinc oxide can still be sold until 24th May. A similar ban on cosmetics containing the preservative methylisothiazoline has been in force since January 27th – here, too, there’s a transition period, meaning that cosmetics with this preservative that have already been delivered can still be sold until April 27th.

Also in January, a stricter drinking water regulation came into force, meaning that EU regulations had to be implemented according to German law.

The new regulation – which aims to strengthen consumer protection and drinking water hygiene safety – would partly go beyond the legal European requirements, according to the Federal Ministry of Health. This includes, for example, a ban on the installation of objects and processes in drinking water systems that do not improve water supply, such as broadband cables in drinking water pipes.

SEE ALSO: Everything that changes in Germany from December 2017