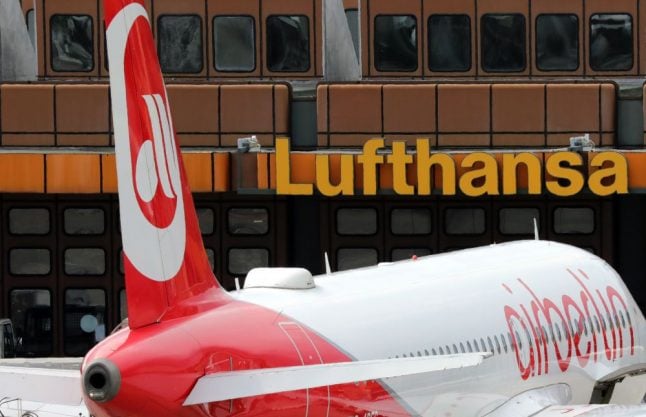 Lufthansa has denied changing its pricing methods, arguing that its fully-automated booking system was simply responding to a spike in demand following the Air Berlin collapse and displaying higher average prices as a result.

But in an interview with the Sueddeutsche Zeitung daily, FCO president Andreas Mundt said that justification didn't hold up.

“That's beside the point. These algorithms aren't written by dear God in heaven,” he said. “Companies can't hide behind algorithms.”

Industry experts say Lufthansa ticket prices have jumped by 30 percent on some routes, according to German media.

The airline, however, has repeatedly denied cashing in on its dominant position and has promised to make more seats available on popular routes.

In a statement sent to AFP, Lufthansa said it had not introduced any fare hikes in Germany or Europe “for over a year”.

The disappearance of Air Berlin has led to major bottlenecks, it said, causing flights to be booked up faster.

“And so it can happen that for last-minute reservations on some routes only the comparatively more expensive booking classes are available.”

Competition in Germany is expected to increase again once easyJet begins operating from January some of the Air Berlin assets it has acquired.

Lufthansa too has set its sights on some of the Air Berlin spoils, though it was forced to scale back its ambitions in the face of EU competition concerns.

After making some concessions, particularly in renouncing some of Air Berlin's prized airport slots, Lufthansa last week won approval from EU regulators to snap up the defunct carrier's LGW subsidiary.

The regional carrier comprises some 30 leased planes and around 800 employees.