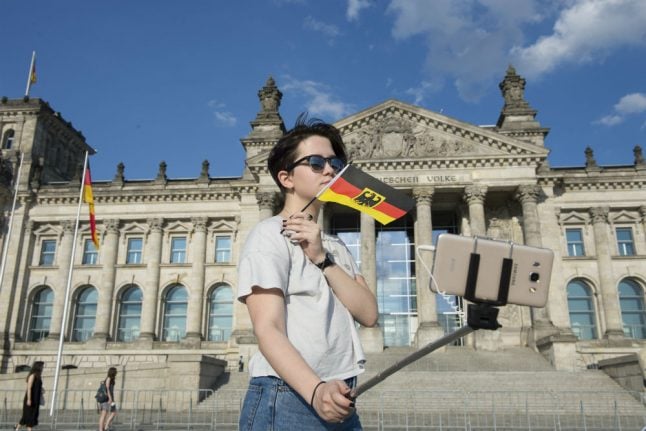 The study, commissioned by Easypark, makes clear that a precondition for being smart is that “a city should be digitalized first and foremost – with 4G, plentiful Wi-Fi hot spots and high smartphone usage.”

“Transport and mobility should be knowledge-based, with smart parking, traffic sensors and car sharing apps,” the study continues. “A smart city is sustainable, with a focus on clean energy and environmental projection. In addition, there is excellent online access to governmental services and a high level of citizen participation.”

The study somewhat bizarrely gives all German cities the same score for waste disposal (9.82 out of ten), making all ten of them equally third behind Zurich and Geneva. Almost all the cities are given the same score of 9.31 in the smart buildings category. Berlin (7.31) and Hamburg (9.05) are the only exceptions. The German capital was not only picked as the smartest German city, it was also ranked 13th overall with a combined score of 7.39. Still, Berlin has some work to do if it hopes to catch overall winner Copenhagen, which scored 8.24.

Berlin was particularly rated for its car sharing facilities, coming in third overall behind only Vancouver and Washington.

But there were also several weaknesses in the capital's repertoire. It scored a miserable 3.34 out of 10 for environmental protection and an even worse 2.71 for the availability of 4G LTE mobile internet connection. Meanwhile, it is considered to have the worst internet speed of any of the German cities in the ranking.

The Hanseatic port came in just behind Berlin in 14th place, with an overall score of 7.36. Hamburg is much more of an all rounder than the capital, scoring strongly in most categories, with the exception of environmental protection.

The standout category of Hamburg was living standard – with a score of 9.10, it placed 5th along with San Francisco. The authors were much less impressed by the city's environmental protection record. But since the score was based on UN records on CO2 output, German cities appear to have been rated on the dubious rule: the bigger they are, the worse their environmental record. The Bavarian capital might be frustrated to learn that it is considerably less smart than rivals Berlin and Hamburg. The study decided Munich was only the 25th smartest town in the world.

Nonetheless, it scored excellently for education, coming in 6th overall, and ranked the best city outside the US. It also did rather well on car sharing, which is good news for Munich-based BMW which owns the car sharing platform Drive Now.

Munich's big weakness was in digitalization. It scored an abysmal 2.80 for the prevalence of 4G internet connection, while internet speed was also identified as a problem.

The capital of NRW ranked just behind Munich in 26th place with an overall score of 6.98. It scored generally strongly on sustainability, while also lagging behind on the technological front.

On digitalization of government it scored a poor 2.3 out of ten. Like most German cities, it failed to impress the index's authors with the strength of its business ecosystem, a metric largely based on the prevalence of startups. A bust of Franz List in Bayreuth. Photo: DPA.

Really poor on car sharing (2.82), this small north German town makes up for its distinct lack of car sharing opportunities by having extremely 'smart' traffic (9.74), the third best in the whole study in fact. The traffic metric was based on studies of congestion in cities.

Terrible in providing wifi hotspots around town, Hannover has no particular strengths in comparison to the global competition. But it does stand out against German cities for its digitalization of government, scoring 7.75.

Overall, the capital of Lower Saxony was ranked a respectable 30th. The Rhine metropole is pretty mediocre at everything, but does stand out against some other German cities for the level of its education. Its score of 8.01 is still far behind Munich’s 9.39, though.

The German finance capital is apparently rather dumb when it comes to modern technologies. It has no apparent strengths, but is slightly less bad than most German cities at providing publicly accessible Wifi hotspots.

It is also the German city with the worst urban planning – apparently the fact that it has the largest inner city forest in Germany didn't impress the index much.

Bankers considering making the Brexit move to Frankfurt might be less than impressed to read that it ranked 33rd. A view over Stuttgart. Photo: Depositphotos/begepotam

The capital of Baden-Württemberg scores pretty poorly at most things, but is a winner for urban planning thanks to the high number of green spaces in the city. Stuttgart got a perfect ten out of ten on this metric – an honour only otherwise given to Helsinki and Trondheim, Norway.

High scores on the strong points of all German cities – waste disposal and quality of life – meant that the home of Daimler and Porsche still came in 47th place.

This town in NRW is also one of extremes in terms of 'smartness', the survey claims. It is well regarded by the report for its city planning. On the other hand, it is the second worst country in the whole top 100 for internet speed. It came in 56th overall.