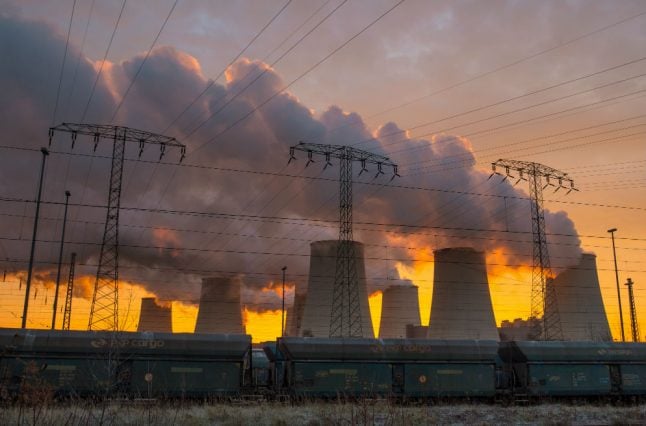 Coal-fired power plants such as this one in Brandenburg put German climate targets at risk. Photo: DPA.

The German government is still striving to reduce climate-damaging emissions below the level it was in 1990 by 40 percent. But according to internal calculations by the Federal Ministry of the Environment (BMU) recently submitted to Süddeutsche Zeitung (SZ) newspaper, hard-working power plants and dirty diesel may ruin the government's ambitious plans.

Just a year ago, the German government had predicted a 2020 figure of between 37 and 40 percent. But in May, when the government had to send updated data to Brussels, a maximum of 35.7 percent was reported. And even this figure is now proving to be too optimistic, the SZ states.

Calculations have found that the gap between the goal and the probable outcome is far greater than expected.

The BMU’s report states that, despite Germany’s self-imposed 2020 aim of a reduction in harmful emissions by 40 percent, without readjustments, emissions will by then likely fall between 31.7 percent at worst and 32.5 percent at best.

The paper also states that failure to meet its target would be a major setback for Germany, as it would be “disastrous” for the country’s reputation across the world as a climate protection pioneer; BMU officials have warned against international embarrassment.

Why is it probable that Germany won’t be able to meet its climate goals?

“A whole series of misinterpretations of economic development,” reports the SZ.

The share of renewable energies has risen steadily in recent years. But at the same time, coal-fired power plants in Germany have continued to produce electricity just for export, resulting in an additional ten million tonnes of greenhouse gas emissions.

“We are not only achieving our climate protection goals by expanding renewables,” said environment secretary Jochen Flasbarth, who attributes a possible ten million tonnes of emissions to growth in population, the economy and the resultant electrical consumption.

“We must also take coal-fired power plants off the grid step-by-step,” Flasbarth said.

BMU also says a sharp increase in diesel sales indicating “higher than expected truck performance” and an increase in the use of small trucks and cars – likely due to low fuel prices – also contribute to the risk.

In March, the Federal Environment Agency published figures which revealed that carbon dioxide emissions in Germany had risen in 2016 – mainly due to an increase in traffic. This was also the conclusion of a study commissioned by the Green party carried out by Arepo Consult, a consulting firm specializing in climate policy.

But BMU also admits that many of the projected figures are still fraught with uncertainties.

“Nevertheless, they at least make the risk of a much larger climate change gap in 2020 plausible. This again makes it all the more challenging to achieve the target for 2030,” officials warned.

During the federal election campaign, German Chancellor Angela Merkel made a firm commitment to achieving the country’s climate goals.

“We will find ways to meet our 40 percent target by 2020,” she said on television in the run up to the election. “I promise you that.”

But Andreas Kuhlmann, head of the German Energy Agency (dena), is skeptical. For him, meeting the aim of 40 percent would mean that Germany would have to save another 90 million tonnes of carbon dioxide within three years – a huge amount.

“Without withdrawing from coal, this will no longer be possible with 2020 in mind,” Kuhlmann said.