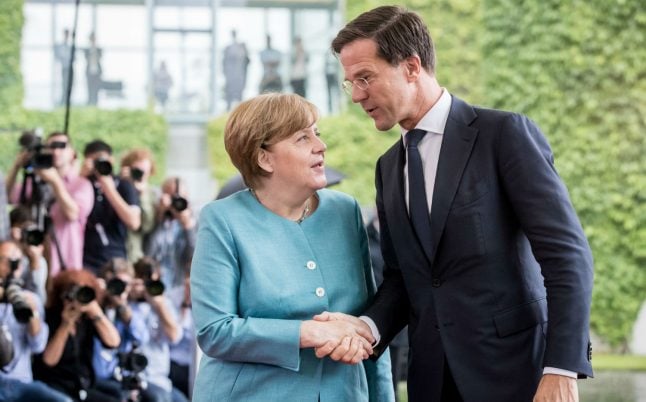 Almost seven months after Rutte's liberal VVD party won the March polls, the Netherlands will on October 9th pass the current 208-day record, set in 1977, for the longest-running negotiations to form a government.

A first attempt shortly after the vote, to form a four-party coalition involving the eco-friendly GreenLeft party, was left in tatters after they failed to agree on the hot-button issue of immigration.

The Dutch political landscape has been further complicated by the rampant rise of the far-right, poaching votes from traditional centre-right parties and the crumbling of the traditional left, which paid a heavy price for their partnership in the outgoing coalition.

Although the signs seem to be that there is a deal now within reach, it will be an uneasy marriage between Rutte's business-friendly Liberal VVD, the progressive D66 and two Christian parties, the pragmatic CDA and more conservative Christian Union.

Formed in the swinging 1960s, D66 is pro-abortion, pro-gay and lesbian rights and wants the country's euthanasia programme to be extended so all people – not just the terminally ill – can decide to end their lives.

The Christian Union bases its policies on the Bible and opposes abortion, same-sex marriages and euthanasia.

Experts expect a final Dutch coalition deal to be clinched by mid-October, giving Rutte and his ruling partners a slender single-seat majority in the 150-seat lower house of parliament.

In Germany, Merkel faces a similar tricky task, and could possibly team up with two smaller and very different parties dubbed the “Jamaica coalition” because the three parties' colours match those of the Caribbean country's flag.

One is the pro-business and liberal Free Democratic Party (FDP), while the other is the left-leaning, ecologist Green party, whose campaign pledged to drive forward the country's clean energy transition.

“Whatever comes out in the coalition-forming in both countries… some of the issues that are important today are issues that are hard to clinch compromises on,” said Claes de Vreese, political communication professor at the University of Amsterdam.

“The more partners you have at the table, the more the compromises,” De Vreese told AFP.

“In both the Dutch and German cases the main danger seems that it will be difficult to keep everybody happy,” added Kees Aarts, professor in politics at Groningen University.

The coalitions that will be formed are unlikely to be very stable, De Vreese added.

Both analysts pointed to the huge gains made by the far-right, both in The Netherlands and Germany.

Across the border the hard-right, nationalist Alternative for Germany (AfD) became the country's third-strongest party with 12.6 percent after Sunday's elections.

In both countries, the mainstream parties have refused to collaborate with either Wilders or the AfD.

“Those parties ending up in a coalition know that a large part of the electorate is dissatisfied with them,” said De Vreese.

“There will be many voters… who will end up not being represented and that's a frustrating start for any new government,” he said.