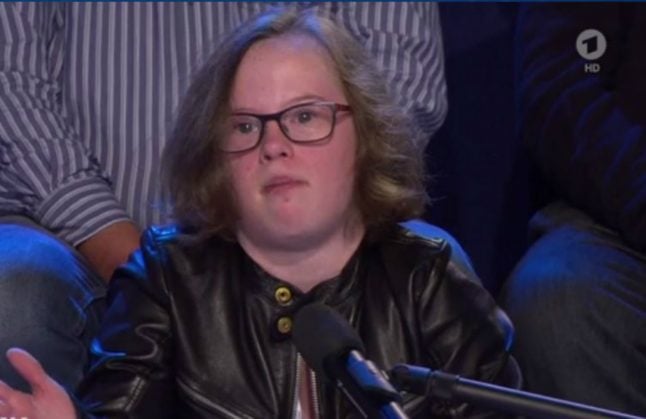 “Mrs Merkel, you are a politician. You make laws. I’m an editor at a magazine for people like me who have Down Syndrome,” Cologne-native Natalie Dedreux told the Chancellor on a live show on public broadcaster ARD.

“Nine out of ten babies with Down Syndrome in Germany aren’t born,” she continued.

“I don’t want to be aborted, I want to be born,” Dedreux finished, before receiving sustained applause from the audience.

According to the German constitution abortion is still technically a crime. But women who choose to undergo an abortion within 12 weeks of the start of the pregnancy are exempt from punishment under the law.

If there is an indication that the birth poses a risk to the physical and mental health of the mother, an abortion can take place much later in the pregnancy.

The Chancellor responded to Dedreux's question by saying that in her youth in communist East Germany disabled children were given no special support.

“It is one of the great advantages of German reunification that one sees today what can be achieved with funding, care and education,” she said.

Merkel argued that her party, the Christian Democrats (CDU), had fought for years to make sure that parents received compulsory consultation before they went through with an abortion.

“It was unbelievably difficult to win a majority for that,” she added, saying that the emphasis in political debate was on the mother's right to choose.

She attributed the fact that so many parents opt for abortion to people being unaware of the support that is on offer to them if their child is born with a disability.

“Everyone has so much potential and every one can do something for society,” Merkel added.

Dedreux responded by saying that she felt like Merkel had fought for the rights of disabled people during her time as Chancellor, adding that she was a “big fan”.