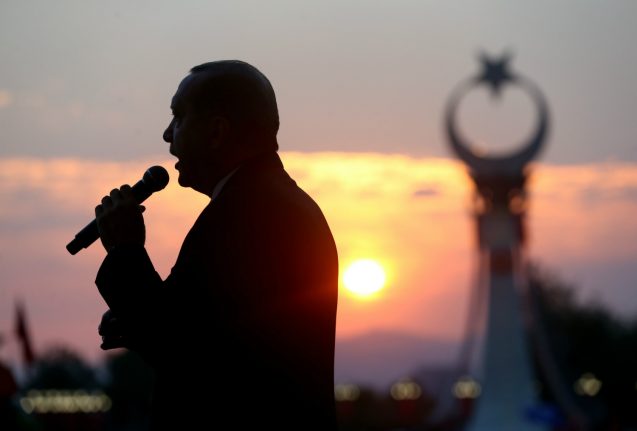 Relations between the two countries have been strained since last year's failed coup in Turkey and Berlin's strong condemnation of Erdogan following a subsequent crackdown that has seen more than 50,000 people arrested.

“Attacking Turkey-Erdogan and ignoring Germany's and Europe's fundamental and urgent problems are a reflection of a lack of vision,” Ibrahim Kalin said in a tirade on Twitter.

Kalin said this was a “surrender to populism and marginalisation/hostility (which) only fuels discrimination and racism”.

SEE ALSO: Merkel to push for end to EU membership talks with Turkey

In a TV showdown with challenger Martin Schulz on Sunday ahead of elections on September 24th, Merkel said it was “clear that Turkey should not become a member of the European Union”.

Merkel said she would discuss with EU counterparts if “we can end these membership talks”, adding: “I don't see (Turkey) ever joining and I had never believed that it would happen.”

Yucel has now spent over 200 days in custody ahead of a trial on terror charges. Last week two more German citizens were arrested.

Erdogan has previously accused Germany of sheltering coup plotters as well as Kurdish militants and demanded their extradition.

Kalin appeared to suggest that Germany supported terrorism, by giving space to groups like the Kurdistan Workers' Party (PKK) and the movement led by US-based Islamic cleric Fethullah Gulen who is accused of ordering the July 15th, 2016 attempted putsch.

Gulen strongly denies the charges but Turkey calls his movement the “Fethullah Terrorist Organisation” (FETO). The movement denies this, insisting it promotes Islam, charity and education.

“Is Germany, which openly embraces organisations like the PKK and FETO, not aware that it defends terrorists and coup-plotters, not democracy?”

Last month, Erdogan urged ethnic Turks in Germany to vote against Merkel's conservatives and their coalition partners, the Social Democrats, in the election.

But Kalin dismissed the vote, saying: “It does not matter which party wins in the German elections because the mentality which will win is now obvious.”

Turkey frees one of Germans arrested 'for political reasons'

One of two German nationals arrested by Turkey for “political reasons” has been released, Berlin said Monday.

“The lawyer of one of the affected people told us that he has now been freed, without restrictions,” said a German foreign ministry spokesman, adding that the ministry was still seeking independent confirmation of the release.

The arrest of the two individuals, whose identities have not been disclosed, was announced on Friday by Berlin with great consternation.