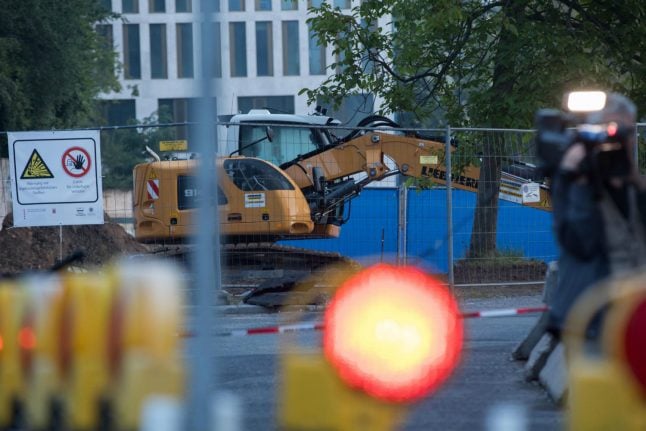 The building site where the bomb was discovered. Photo: DPA

It will be the biggest evacuation of its kind in post-war Germany, Frankfurt's security chief Markus Frank said.

The 1.8-tonne British bomb, which German media said was nicknamed “Wohnblockknacker” — or blockbuster — for its ability to wipe out whole streets and flatten buildings, was discovered on Tuesday during building works.

Police have since been guarding the bomb site, which is close to the city centre and just some 2.5 kilometres north of the main Zeil shopping area.

Frank said homes and buildings within a 1.5-kilometre radius of the site were to be cleared by 7am, and residents will likely need to stay away until 7pm.

“We must have this area completely cleared by 8am,” Frank said.

The Westend district is home to many of Frankfurt's top bankers, including European Central Bank chief Mario Draghi, who is known however to spend his weekends away from the German city.

Two major hospitals are also within the evacuation zone, including one with a big ward of newborns. Staff at the affected hospitals began transferring patients and infants to other medical centres beginning Saturday.

“We have almost finished the evacuation in the hospitals, but for retirement homes, it's going to take a bit more time,” a spokesman for the city's firefighters said.

The massive bomb in question is an HC 4000, a high capacity explosive used in air raids by Britain's Royal Air Force during World War II and contains 1.4 tonnes of explosives.

Although police have said there is no immediate danger, the bomb's massive size prevents them from taking any chances during the disarming process.

More than 70 years after the end of the war, unexploded bombs are regularly found buried in Germany, legacies of the intense bombing campaigns by the Allied forces against Nazi Germany.

On Saturday, 21,000 people had to be evacuated from the western city of Koblenz as bomb disposal experts defused an unexploded American World War II shell.

In May, 50,000 residents were forced to leave their homes in the northern city of Hanover for an operation to defuse several WWII-era bombs.

One of the biggest such evacuations to date took place on Christmas Day 2016, when another unexploded British bomb, containing 1.8 tonnes of explosives, prompted the evacuation of 54,000 people in the southern city of Augsburg. 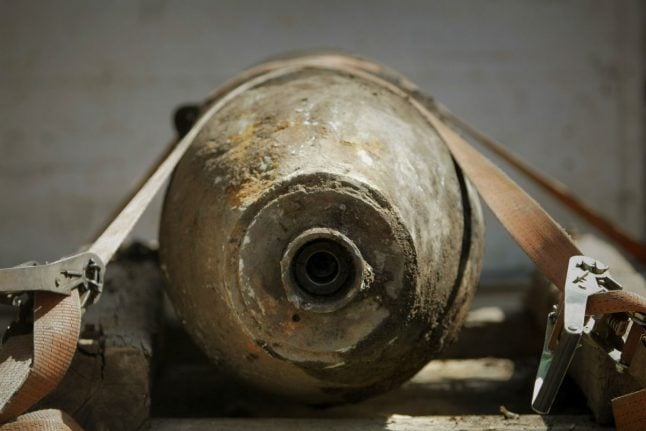 Everything you need to know about WWII bomb disposals in Germany 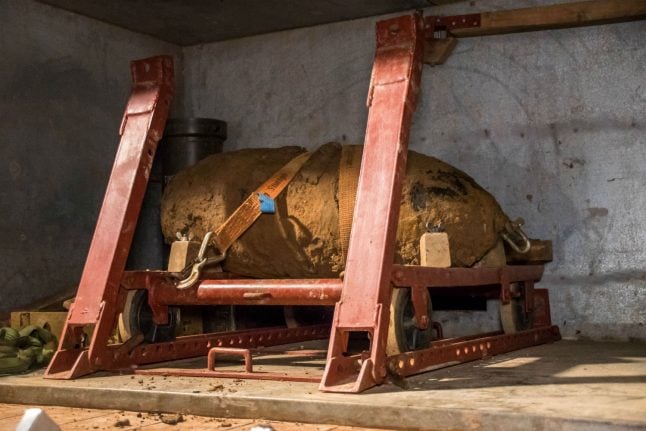