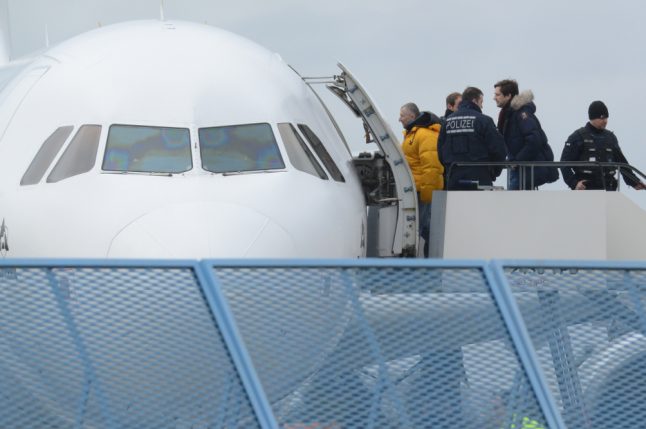 Rejected asylum seekers being deported in Baden-Württemberg. Photo: DPA.
The Interior Ministry and Foreign Ministry have agreed that refugees from Afghanistan will only be deported on an exceptional basis, according to information obtained by publishing group Redaktionsnetzwerk Deutschland (RND).
The report confirms that the German government has seriously cut back on deportations after a terror attack killed more than 150 people near the German embassy in Kabul in May.

Deportations to Afghanistan have long been controversial in Germany, with refugee advocates arguing that the country is not safe given ongoing conflicts between the government there and the Taliban. The United Nations reported earlier this year that there had been a record number of civilian casualties in 2016 with nearly 3,500 killed and more than 7,900 injured.

Many in Germany also protested the practice of mass deportations by the government.

Afghan asylum seekers who have been convicted of crimes, or are considered to be “dangerous” suspects can still be deported under the new security assessment, according to RND. People who refuse to cooperate with immigration authorities to clarify their identities could also be deported.

The German government reported in April that about 255,000 Afghans live in Germany.