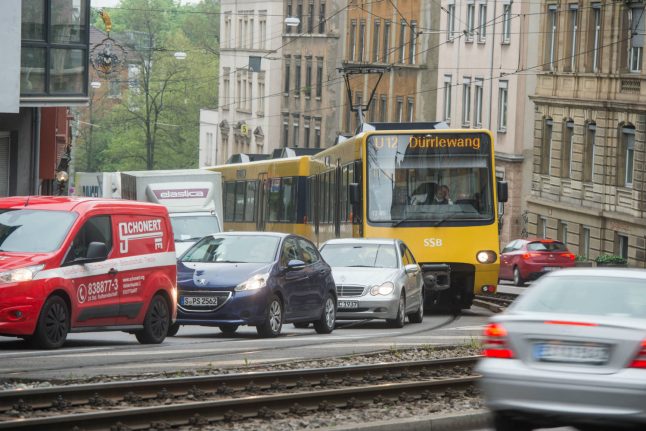 Presiding judge Wolfgang Kern ruled that a planned national initiative to reduce diesel emissions by updating the software in older cars was not an effective means of dealing with the city’s notorious air quality problems.

Kern made clear that a year-round ban on diesel engines was the only effective measure that could be taken to ensure levels of nitrogen dioxide in the city would not exceed legal limits.

Environmental Action Germany (DUH) brought the case against the state of Baden-Württemberg in 2015, arguing that a only a general ban on diesel motors could combat the city’s pollution problems.

In certain streets in Stuttgart, nitrogen dioxide levels are twice the legal limit, and the city has previously called on residents to leave their cars at home on days when pollution levels have been particularly high.

“In the future it won’t be possible to contaminate the air of our cities with dirty diesel emissions,” DUH head Jürgen Resch said after the ruling was announced.

The state of Baden-Württemberg, home to car giants Daimler and Porsche, had hoped that the planned software updates would convince judges that a general ban on diesel engines in the state capital was unnecessary.

The wealthy southern state must now decide whether it will appeal the decision to the Federal Administrative Court in Leipzig. The repercussions are likely to be felt in other major cities such as Munich, which is also considering a general diesel ban.

If Baden-Württemberg is to reduce nitrogen dioxide levels in time to abide by the time limit set out by the court, it will have to bring in a diesel ban by January 1st 2018 at the latest.

Under the potential ban, only diesel cars that fulfill the emissions standard Euro-6 would receive a blue sticker, which would allow them to drive into the Stuttgart inner city.

Judge Kern was sharply critical of the federal government for not considering a similar ban in every major city, calling their behaviour “not worthy of discussion.”