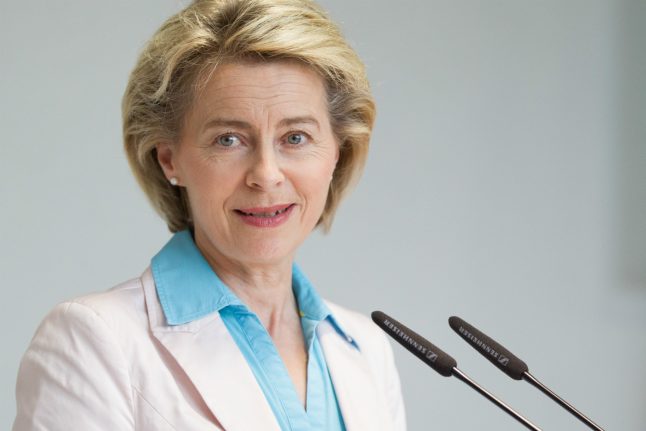 In February von der Leyen informed the German parliament’s defence committee that senior soldiers at the Pfullendorf training barracks in Baden-Württemberg had subjected their subordinates to degrading sexual practices.

During medical training, soldiers were forced to touch one another’s naked genitals, insert medical objects into their anuses, or strip off while being filmed, the Defence Minister alleged. Additionally, there were accusations of bullying and violent rituals at the barracks.

At the time, von der Leyen described the practices as “repulsive and despicable.”

But the results of a prosecutorial investigation seen by Die Welt and other media outlets claim that the depiction of the events by the Defence Minister was “not complete.”

According to prosecutors, von der Leyen had already been presented a Bundeswehr (German army) report which rebutted the accusations of sexual abuse, but she chose not to share it with parliamentarians.

Prosecutors themselves found “no evidence that trainees were forced into degrading sexual practices.”

The senior soldiers had “followed the normal practice of regulations on training,” prosecutors found.

“Something in the portrayal which Ms von der Leyen gave to the committee doesn’t add up. At the least, the incidents were presented more dramatically than they actually were,” said Wolfgang Hellmich (SPD), head of the defence committee.

Rainer Arnold, defence spokesman for the Social Democrats (SPD) said that “there is a pattern to von der Leyen’s behaviour – she always exaggerates problems so that she can portray herself as the one who comes in to solve them.”

Arnold accused the Defence Minister of pursuing her own personal ambitions at the cost of the reputation of ordinary soldiers.

In May, von der Leyen came under heavy criticism from the soldiers' union after she described the Bundeswehr as having “an attitude problem” and “a weakness of leadership on several levels.”

The comments, made in response to revelations about a far-right cell operating in the army, were described as “unbelievable” by Armed Forces Association spokesman André Wüstner.

“No one can understand how a Defence Minister can walk away from the match and criticize her own team, so to speak,” Wüstner told broadcaster MDR at the time.

“Politicians specializing in the army, people in the army, family members and soldiers on duty abroad – everyone is outraged at this generalization.”