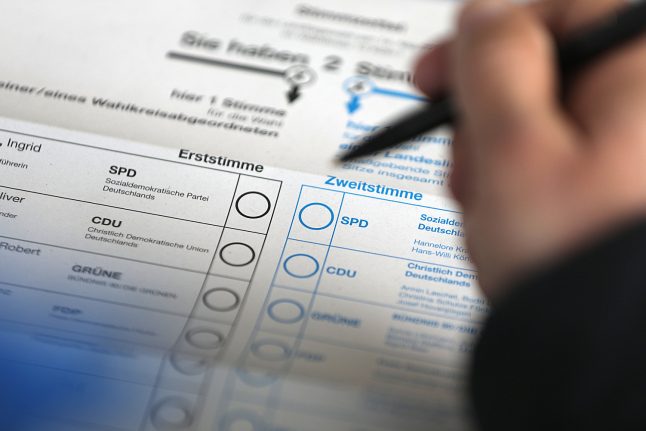 Winning a total of 7.4 percent of the vote, the AfD gained its first seats in the NRW state parliament after the vote last Sunday.

But now the party is reportedly systematically investigating vote tallies because they have doubts that the counting was done correctly in certain areas, Stern magazine reported on Friday. According to the magazine, they’re suspicion is not without reason.

In one district of Mönchengladbach, the party logged 7.6 percent of the first votes. But its tally for second votes was reported as 0.0 percent. The party therefore questions how it is possible for all voters who chose an AfD candidate to then not choose the party in their second vote.

Officials in this district have already assessed the matter and found that in fact, 37 second votes for the AfD had not been counted.

In a Gütersloh district, 10.5 percent of voters chose AfD candidates in their first votes. But again the party registered no second votes. Stern notes that this is particularly questionable given that the small ADD party – formed in 2016 and aimed at voters of Turkish heritage – received 13.9 percent of second votes in the district.

The AfD has complained previously that the name ADD could be confused for the AfD.

Stern further found that the AfD state leaders in Düsseldorf receive about 30 to 40 emails a day from members reporting similar results in districts of Dortmund, Bonn, Cologne, and elsewhere.

The goal of the party now is to get an overview of how many local voting areas may not have counted all their votes, and if necessary would call for a re-count. This would determine if they in fact deserve further seats. But since the discrepancies found so far constitute a very small portion of the overall vote count in Germany’s most populous state, it would take a sizeable number of errors to lead to the party actually gaining another seat.

“For this we would need to find a lot of abnormalities,” one newly elected AfD politician told Stern. “At the moment we have around 15 voting areas that show significant evidence that our votes were not taken down or represented correctly.”

If in fact the AfD does merit another seat, this could lead to consequences for other parties. If, for example, the AfD gaining another seat would mean the FDP party should lose a seat, a coalition government between the liberal party and the conservative CDU would become harder, as together they would not have a majority.

But it is ultimately up to local election officials as to whether there should be a re-count. Authorities in Gütersloh are set to give a statement on Friday.