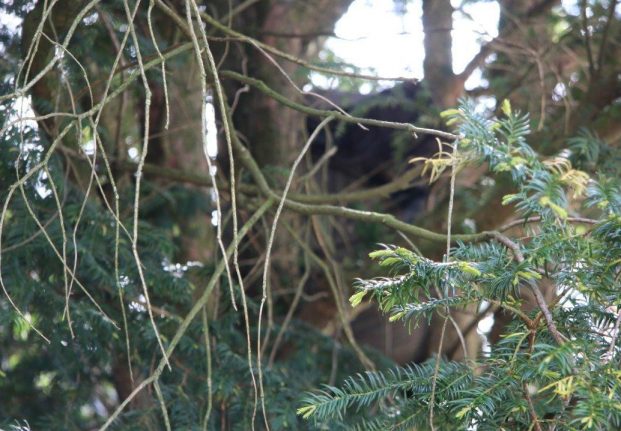 The Mönchengladbach tree in which the corpse was found. Photo: DPA

Police in the western city confirmed to The Local on Tuesday that they had found a male body lying lifeless in a tree in a garden in a residential area of town.

Authorities say that the body had been lying in the tree at a height of around three to four metres, and that it had been there for several weeks.

It was found in the Am Wasserturm district by a passerby on April 29th who wasn't sure if it was a life-sized doll or a body. The police arrived, determined it was indeed a corpse and called the fire brigade to help with its the removal.

According to the Rheinische Post, the area in which the cadaver was found is “very busy, with a primary school, nursery and sports facilities nearby”.

The Rheinische Post also claims to have a photo of the tree in which the corpse was found, and notes that branches had to be cut away in order for the body to be removed.

A coronary medical examination, including an autopsy, took place on Tuesday and showed no indication of third-party responsibility for the death, police told The Local.

Though the cause of the death is still uncertain, it is thought the man could have frozen to death or that he was killed through intoxication by drugs or narcotics. What is certain is that he did not die from starvation.

The results of a DNA test to clarify the identity of the man could be available by the end of the week. No missing person reports fit the physical characteristics of the body.

This discovery follows that of a mummified corpse found inside a Hindu temple in Berlin in March.

Speculation about the identity

While officials await the results of the DNA test, the Rheinische Post (RP) reported on Wednesday that there is already strong suspicion among locals about the body's identity.

The newspaper reports that locals believe it may be a 17-year-old who lived a very tragic life and became homeless at a young age.

A police spokeswoman also confirmed that the likelihood of it being the teen was “high”.

When he was 14 in 2014, the boy tried to save his mother from a knife attack by his father. He sustained life-threatening injuries in the attack but survived, while his mother died. The father was sentenced to prison for 12 years.

The teen was then sent to live in a youth centre, but according to RP, he avoided others there and eventually started living rough.

“He climbed into trees, he slept overnight on roofs,” said a city spokesperson.

All attempts to convince him to live indoors again reportedly failed.

At some point he was convicted of various crimes, according to RP, but was released from jail with the condition that he go to psychiatric treatment. He did not comply with this requirement.

Locals in the area knew of the teen, “but people had not seen him anymore for a while,” said the police spokeswoman.

“The boy was already known around here,” one resident told RP. “What he experienced in his young life was totally horrible.”

With reporting and writing by Alexandra Ball 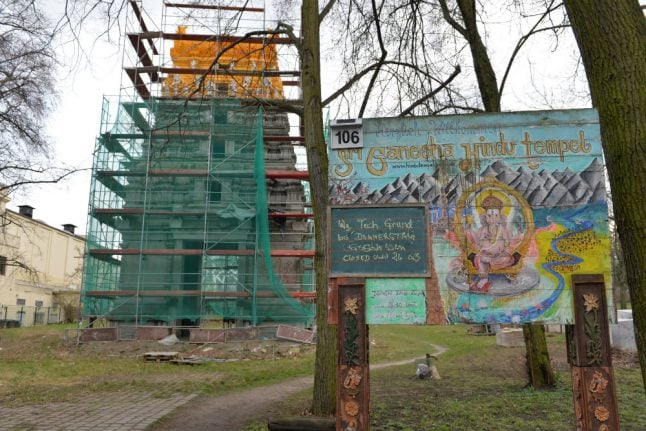 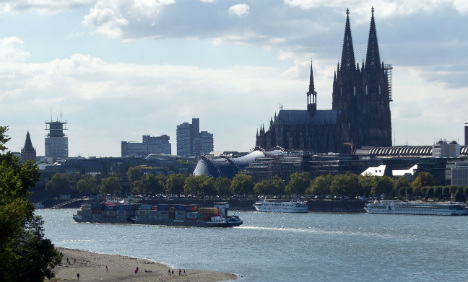