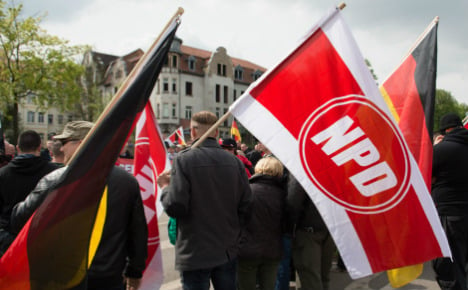 On social media users were falling over themselves to laugh at the NPD for their apparent suggestion that Germans should be the first to be put on planes with a one-way ticket out of the Bundesrepublik (Federal Republic). On the NPD’s own Facebook site users wrote “Deport your own people first? How stupid can you be?”

“Treason! All your posturing and now you want to deport your own people. I must say I’m bitterly disappointed – if only I'd know earlier”, one user deadpanned.

“At last you guys want to go, but please as far away as possible… Saturn would be my recommendation,” another wrote.

The NPD obviously didn’t see the funny side, responding to the barbs by commenting “It’s our duty to stop that [Germans being deported] happening. Go to your multicultural park and let yourselves get raped.'

But by the early afternoon on Wednesday the party had removed the mistake from its Facebook page.

State elections are coming up in Rhineland-Palatinate on March 13th, with the Social Democrats' quarter-century hold on power in the western state under threat from Angela Merkel's Christian Democratic Party.

The NPD, who as an extremist party are under surveillance by Germany's internal security services, are very unlikely to pass the 5 percent threshold needed to win representation in the parliament. Five years ago they won only 1.1 percent of the vote.