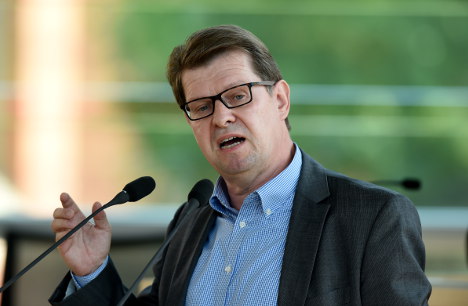 Ralf Stegner is leader of the SPD in Schleswig-Holstein. Photo:DPA

SPD Vice-President Ralf Stegner said on Sunday that “people who live, work, pay taxes, should also be allowed to vote. Why should we withhold this essential civil right from them?”

Stegner, who is SPD leader in Schleswig-Holstein, challenged the centre-left SPD and centre-right CDU coalition government to allow foreigners to vote “at least at the municipal level” in an interview with Der Spiegel magazine.

“The CDU should recognize the meaning of this question for integration policy,” Stegner added.

He believes that if voting for foreigners works well, “after a few years” the right to vote could be extended to state and federal elections.

Across Germany, more than seven million people classed as foreigners are currently unable to vote, with the exception of EU citizens who already vote in municipal elections and European elections.

A legal hurdle would stand in the plan's way, however, as the Constitutional Court found in 1990 that allowing foreigners the vote would be unconstitutional.

Last month, Berliners polled by the Pirate Party were overwhelmingly in favour of extending the franchise to foreigners. Sixty-nine percent of respondents thought the change was needed.

There were more opponents of extending the franchise among centre-right CDU supporters, but the majority were still in favour of the idea.

SEE ALSO: 'Why foreigners must get the vote in Germany'

PARTNER CONTENT
Can you guess how many Americans abroad voted in the last US midterms?
Url copied to clipboard!