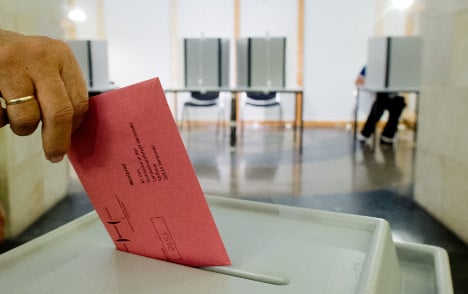 Not happening for non-Germans. Photo: DPA

The smallest German state is the first to try to give the nation's 2.6 million residents who are foreign-born EU citizens a say in regional politics.

Generally, non-German EU citizens may vote in city or town municipal elections in any place where they have been living permanently for more than three months.

But in Bremen, the ruling Social Democrats and Greens wanted to extend that right to the regional parliamentary elections, giving EU citizens them a say in the make-up of the state parliament.

The pioneering proposal was initially passed by Bremen's regional parliament, but was then referred to the Bremen Court of Justice to check its legality.

The court found that letting foreigners vote in regional elections would contravene the Bremen state constitution, which takes its tone from the German constitution.

Voting rights for regional and national elections are constitutionally limited to "Germans," meaning foreign voting rights will remain limited to those who have successfully become citizens.

SEE ALSO: Will anyone vote for these two men?