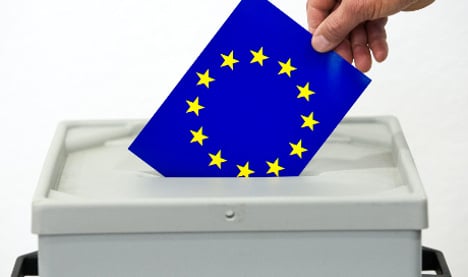 There are an estimated 5.5 million British living abroad and of those more than 100,000 reside in Germany. With the European elections just around the corner, the message from London is "It's your vote don't lose it!"

The British Government has launched an international campaign to encourage more expats to register to vote.

They said they hoped around 25,000 expats will enroll on the electoral register.

Samantha Mills, head of campaigns at the Electoral Commission said: "Estimates show that there may be as many as 5.5 million UK citizens living overseas, but the latest figures showed that there were only around 20,000 on the UK electoral registers.

"Many of those living overseas do not even know that they may be eligible to vote in some UK elections, so it's important that our campaign is as far-reaching as possible.”

British Citizens who have been registered to vote in the UK and have not spent more than 15 years abroad are eligible to vote in the British General Election as well as European elections and referendums.

Those living in EU countries are already able to vote in EU elections in their host country, but can opt to vote in the UK instead.

Expats will not, however, be able to vote in the referendum on Scottish Independence which is being held in September.

Voters have until May 6th to download, fill in and return the form, in order to be eligible to vote in the UK in the European elections at the end of May.

To download the form and to find out more information about voting you can visit the website www.aboutmyvote.co.uk

SEE ALSO: Does the tug of Germany match the pull of home?