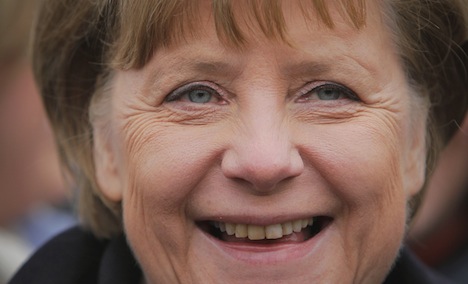 “The Cyprus crisis hasn’t hurt the chancellor,” Manfred Güllner, the director of polling institute Forsa, told the regional Passauer Neue Presse newspaper on Wednesday. “The majority of Germans believe she will steer the country through this turbulence as well.”

Güllner said voters appeared to have little appetite for change just six months before the general election in September.

“One doesn’t like to switch horses during a crisis,” he told the paper, painting a dire picture for the centre-left opposition hoping to oust Merkel’s conservative government.

The Social Democrats (SPD) and Greens, “in particular the SPD, aren’t seen as a better alternative for the country just half a year ahead of the Bundestag election,” Güllner said.

The only issue where the SPD had an edge was in social justice, “but that alone won’t win an election,” he said.

Güllner said the nomination of Peer Steinbrück as the SPD’s candidate to replace Merkel had not boosted the party’s fortunes as former Chancellor Gerhard Schröder did 15 years ago.

“His popularity is almost as bad as it was for Rudolf Scharping and Kurt Beck,” Güllner said. “The candidate isn’t inspiring, and is probably a brake on mobilization.”