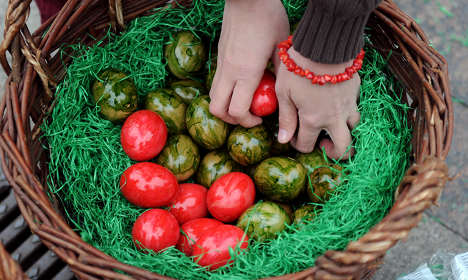 In a Forsa survey for Stern magazine and broadcaster RTL, the SPD climbed two percentage points in a week, bagging 25 percent of potential voter support. The Greens rose one point from to 15 percent.

Less rosy were the figures for Chancellor Angela Merkel’s conservative Christian Democratic Union (CDU), which dropped two percent points between this week and last, putting them at 40 percent of the votes.

Forsa boss Manfred Güllner said the dip could be linked to the CDU losing power in Lower Saxony: “That the CDU has lost another state has left lots of followers disappointed and unsure.”

This means that the Christian Democrats and their Bavarian allies, the Christian Social Union (CSU), are still 15 percent points ahead of their main challenger, the SPD.

Only with the Greens support can the SPD pull level with their conservative rivals.

The conservatives’ troubled junior coalition partner, the Free Democrats (FDP) continued to flail at the bottom of the ladder this week, though, racking up just four percent.

If this were to hold until September’s general election, the pro-business FDP would not get into parliament.