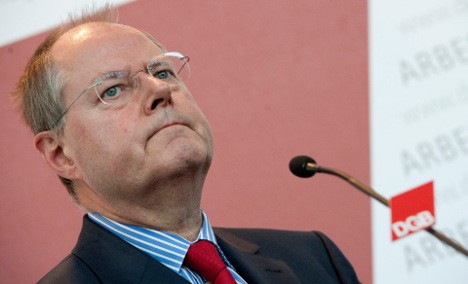 On his Bundestag website, Steinbrück claims to have given around 80 paid lectures and speeches since 2009, thought to have netted him at least €500,000 in income. But many of those entries don’t list the true client, but rather the speaking agency which arranged the lectures.

“The least Steinbrück must do to comply with the spirit of the law is publish the names of the actual clients who paid him to give speeches, and not just the names of the speakers agencies,” Transparency International CEO Christian Humborg told news magazine Der Spiegel.

Steinbrück, a former finance minister, accused his opponents of trying to harm his “personal credibility” and warned they would not succeed.

Last week the former finance minister was chosen by the SPD to lead the election campaign against Merkel’s conservative Christian Democratic Union. His earnings have since become the subject of much scrutiny in the German media. Earlier this week Steinbrück agreed to give up his seat on the board of steel giant ThyssenKrup, but balked at publishing his tax returns.

Humborg added that the German parliament should reform its rules for secondary income disclosure, to mandate disclosure “down to the last penny – and for all MPs.”