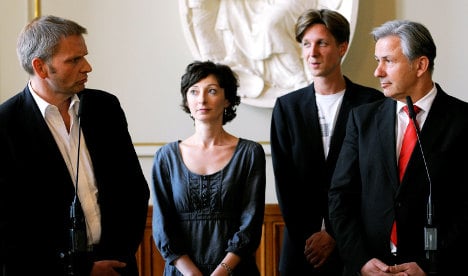 The failure of the coalition negotiations was announced less than an hour into the day’s talks, according to the Tagesspiegel newspaper.

Mayor Klaus Wowereit’s SPD, which has governed the city state for the last decade, largely in coalition with the socialist Left party, remains intent on extending the A100 motorway around the capital. The Greens had included their opposition to it in their campaign for the September 18 state election.

“It is obviously not possible to bring the positions on the subject of the A100 into harmony,” said Wowereit.

The SPD had agreed to ditch the 3.2 kilometre A100 extension – if the €420 million of federal money already earmarked for it could be used for other transport infrastructure projects. But such a proposal was rejected by the federal authorities which said the money must be used for the road.

“We made clear compromise offers, but there comes a point where all discussions have to be ended,” said Michael Müller, chairman of the Berlin SPD. “We do not recognise willingness to compromise in the Greens.”

But the Greens said the SPD never seemed to have their hearts in the talks.

“It did not really fail on the A100,” said Bettina Jarasch, head of the Greens. “There was not really the will within the SPD to work together with us on a coalition.”

The Berliner Zeitung newspaper wrote on Wednesday that the left-wing of the SPD felt Wowereit and Müller had actually wanted to form a coalition with the CDU and had deliberately put the Greens in an impossible situation.

Müller had threatened to look towards the CDU at the weekend after the Greens had stuck to their opposition to the motorway extension. He had pointed out that the Red-Green coalition would only have a one-vote majority compared to the stable 10-vote majority which would be achieved in coalition with the CDU.

Wolfgang Thierse, the SPD’s deputy parliamentary president told the Tagesspiegel he was surprised and a little disappointed at the breakdown of talks.

Referring to the possibility of the SPD now forming a so-called grand coalition in the state with the Christian Democratic Union (CDU), which has black as its party colour, he said, “Just as Red-Green would not have been heaven for Berlin, Red-Black would not be hell.”