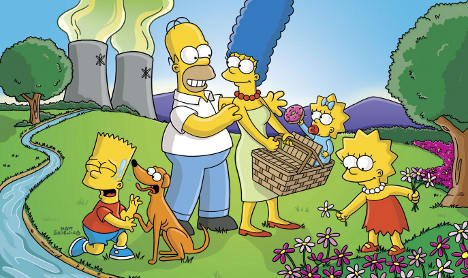 “We are checking all the episodes and we won’t show any suspect ones, but we won’t cut any scenes,” ProSieben spokeswoman Stella Rodger told the news agency AFP. “We haven’t postponed any yet.”

The nuclear plant in the Simpsons’ hometown of Springfield is, however, a key element in the long-running show, with the hapless Homer in charge of safety despite a slapdash approach evident from the opening credits onwards.

“Of course we can’t completely change the entire content,” the spokeswoman acknowledged.

Surveys show that people in Germany are particularly uneasy about the dangers of nuclear power, with shipments of radioactive waste regularly attracting angry protests.

On Saturday, tens of thousands of people – 250,000, according to organisers – took part in demonstrations around Germany protesting against nuclear power in light of events in Japan.

Chancellor Angela Merkel announced earlier this month a three-month moratorium on plans to extend the operating times of Germany’s nuclear plants and ordered that the seven oldest reactors be shut down.

The issue was a decisive factor Sunday in state election defeats for Merkel’s conservatives in Baden-Württemberg and Rhineland-Palatinate, with the anti-nuclear Greens doubling and tripling their share of the vote respectively.