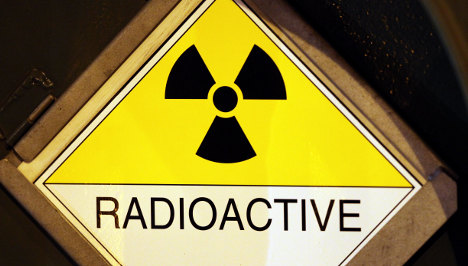 An unnamed member of the executive committee of the Federation of German Industries (BDI) dismissed Brüderle’s explanation to the Bundestag that he was incorrectly quoted when he said the nuclear power reversal was politically driven during a meeting with the group, daily Süddeutsche Zeitung reported.

The development came as former conservative Chancellor Helmut Kohl slammed the Merkel government’s decision to halt production at seven nuclear power plants and place a three-month moratorium on plans to extend the lifetime of all reactors by an average of 12 years.

The government made the announcement in the wake of the nuclear disaster that hit Japan following the devastating earthquake and tsunami on March 11, but it has been widely interpreted as an election stunt ahead of key state polls. Germany gets about a quarter of its electricity from nuclear power, but polls show a majority of voters are deeply wary of the technology.

Süddeutsche Zeitung reported on Thursday that Brüderle, while a guest at a meeting of the Federation of German Industries (BDI) on March 14, said that looming state elections had pressured the government into the moratorium and that such decisions were therefore “not always rational.”

Brüderle told the Bundestag later that day that the meeting log had misquoted him.

But a member of the BDI executive committee told Friday’s Süddeutsche Zeitung: “The phrases were used. They were abridged for the minutes but reported correctly.”

This was at odds with comments by BDI chief executive Werner Schnappauf who backed Brüderle’s version. However the paper reported that industry circles believed Schnappauf was merely trying to save the minister embarrassment.

Schnappauf had sent out copies of the minutes to other participants of the meeting marked with the comment “confidential,” the paper reported.

BDI chairman Hans-Peter Keitel was “very angry” about the leak of the minutes and phoned Brüderle to apologize, the Rheinische Post reported.

But on Friday afternoon the BDI announced Schnappauf’s resignation over the incident.

“I take the political responsibility for the results of an indiscretion in which I was not involved, to avoid possible damage to relations between industry and politics,” Schnappauf said.

“The use of atomic energy in Germany has not become more dangerous than it was before because of the accident in Japan,” he wrote.

It would be “a momentous mistake to expect that other countries would follow us,” if Germany were to quit nuclear power, he wrote.

As long as there were no competitive and environmentally friendly alternatives, nuclear power was needed as part of the world’s energy mix, he told the paper.