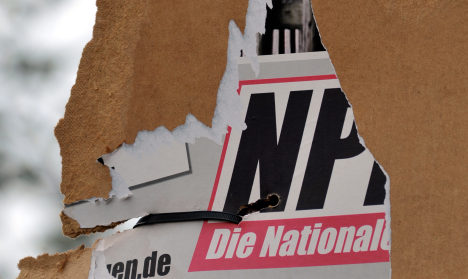 “I have completely broken with the NPD,” Strub told German daily Süddeutsche Zeitung this week, referring to the right-wing extremist National Democratic Party (NPD). “I am a true socialist.”

Strub was a member of the NPD from 2000 to 2002. Photos show “Horst Strub,” as she was known in the years before her sex-reassignment surgery, with cropped hair, a beard and a bomber jacket.

Strub told Süddeutsche Zeitung she is now a victim of far-right harassment, saying she has been threatened multiple times. On Thursday. Strub said her home was vandalised after NPD stickers were placed on her windows and doors.

Meanwhile, the Left party has not tried to bury Strub’s political past.

Christoph Kröpel, spokesman for the Left party in the state of Baden-Württemberg, described Strub’s history with the NPD as a “youthful transgression” and said she has “fundamentally changed.”

He told the paper Strub had so clearly distanced herself from her former party “that there is absolutely no doubt as to her political bearing.”