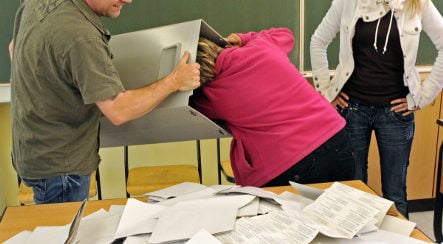 Where are those votes from the local Americans? Photo: DPA

Thomas Oppermann, head of the SPD parliamentary party, told the BZ am Sonntag newspaper said the party had drawn up plans to enable non-EU citizens who had lived in Germany for more than six years to be able to vote in the local elections.

“Whoever has legally lived for a minimum of six years in Germany, can then for example vote in municipal elections as a Turk or Russian in Berlin,” he said.

The paper says around seven million foreigners live in Germany, but is not clear how many of these would qualify.