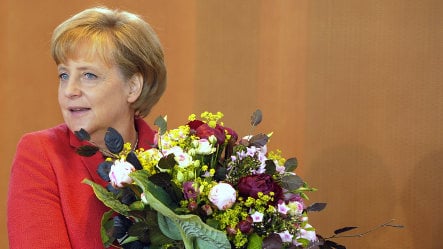 “We haven’t had such an election-winner consensus for a serving chancellor in decades,” head of polling company Emnid, Klaus-Peter Schöppner, told the paper. “Above all the limited confidence in a victory from the SPD supporters is unique.”

According to the poll, only 16 percent of the centre-left Social Democrats’ supporters believe that their party leader and current Foreign Minister Frank-Walter Steinmeier will beat Christian Democrat Merkel.

“Their associates lack a campaign theme,” Schöppner said. “The SPD is more poorly positioned than ever before and Steinmeier is no Schröder, who was able to spread confidence in victory from the same position.”

Meanwhile Steinmeier responded to the comparison saying he was not sure if wishing for the same “type” of politician would be beneficial.

He reportedly made the casual remark during Merkel’s visit to the White House late last month. Whether designed simply as a piece of flattery or not, the comment has irritated Germany’s Social Democratic Party (SPD).