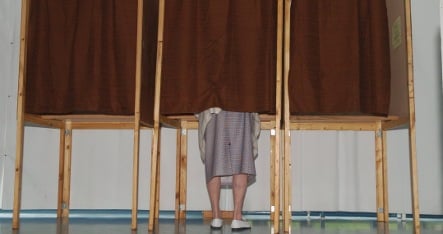 Voting regulations are rarely lucid, but since the European elections are subject to both national and European rules, there’s an extra layer of complication. All EU citizens over 18 have the right to vote in the European elections, as long as they live in the EU. But where you are allowed to vote depends on the rules of your native country and those of the country where you live.

The location of your vote, it should be noted, has an effect on its power. As the largest population in Europe, Germans return the most MEPs to the European Parliament (99 out of 785), and there are more German voters per MEP than in any other member state. This is a consequence of the recent Lisbon treaties, which ensure that smaller countries are not squeezed out. Mathematically, though, a vote in the EU’s smallest state, Malta, is worth more than ten German votes.

As a non-German EU citizen living in Germany then, you have a unique choice. Obviously there are a few other factors to be considered when honing your voting tactics; for example, while the election is decided by proportional representation, some countries, including Ireland, the UK, Italy, France and Belgium are subdivided into electoral regions. Some countries also impose a 5 percent threshold which parties must reach to achieve representation.

Similarly, each EU member state decides individually how its citizens living abroad are allowed to vote. Some offer postal votes, some allow you to vote in the consulate or embassy, and some even accept a proxy vote.

Great Britain, for instance, accepts postal votes and proxy votes. Although the deadline for registering to vote has passed, anyone who has been registered to vote in the UK in the last 15 years is eligible to vote in the European elections, and there is still time to apply for a postal vote and return it by 10 pm on election day – though one should keep in mind that the UK’s European election is being held on June 4!

But if you are an EU citizen, and have been living in Germany for more than three months, you should have received your vote notification (Wahlbenachrichtigung) to vote in the European elections from your district authority (Bezirksamt) in the post. If you haven’t, it could be just because you have never voted in Germany before, but it does not mean that you are ineligible to vote.

But if you have been told by your local Bezirksamt that you really are not registered to vote in Germany, and perhaps some put-upon official has informed you’ve waited too long – you do in fact have one option left.

Although the deadline for registering to vote – May 17 – has indeed passed, German electoral law requires that the electoral register is available to view, and may only be finalised 1-3 days before the election. If you are eligible to vote, you can appeal to have your name added to the register. If you can prove to your Bezirksamt that you can vote, they are not allowed to stop you. Get in touch with your Bezirksamt today and fight for your right!