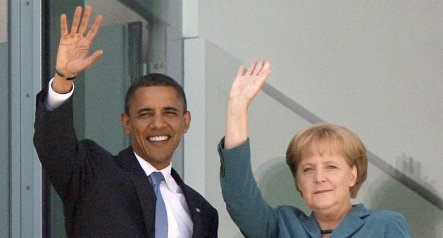 President Horst Köhler Köhler, Germany’s largely ceremonial head of state, sent president-elect Obama a telegram in the early hours of the morning to assure him he could count on Berlin to be a “reliable partner” over the next four years.

Chancellor Angela Merkel congratulated Obama on his “historic victory” in the race to the White House, while stressing in a statement her commitment to the transatlantic alliance.

“Be assured that my government is fully aware of the importance and of the worth of our transatlantic partnership,” she said, adding that she hoped Obama would soon visit Germany.

“America has voted for change, both in domestic and foreign politics,” Steinmeier told the press, adding that he looked forward to working with the new president.