EXPLAINED: How many WWII bombs are still being found in Germany?

Allied planes dropped around 1.3 million tonnes of bombs on Germany in WWII, with many unexploded remnants still regularly being found today – over 75 years later. In fact, around 2,000 tonnes of explosives are found in Germany every year.

It starts with someone finding an old, undetonated WWII explosive. Before long, police evacuations and road closures leave entire neighbourhoods deserted as bomb squads work to defuse munitions well over half a century old. Public transport is often severely disrupted. Residents can even be forcibly removed if they refuse to leave their homes.

An old British bomb exploded on a construction site in the centre of Munich in December 2021, injuring four people. A 2014 bomb explosion in Euskirchen in North-Rhine Westphalia killed a construction worker and wounded two other people. Three members of a bomb crew died in 2010 while trying to defuse a leftover WWII bomb in Göttingen.

The most recent high-profile cases happened in August and September of last year, when police evacuated 12,000 people from Berlin’s Friedrichshain neighbourhood while they worked on a 500 kg bomb from WWII. A month later, another 500 kg bomb was found during the construction of a community garden southeast of Berlin in Brandenburg. 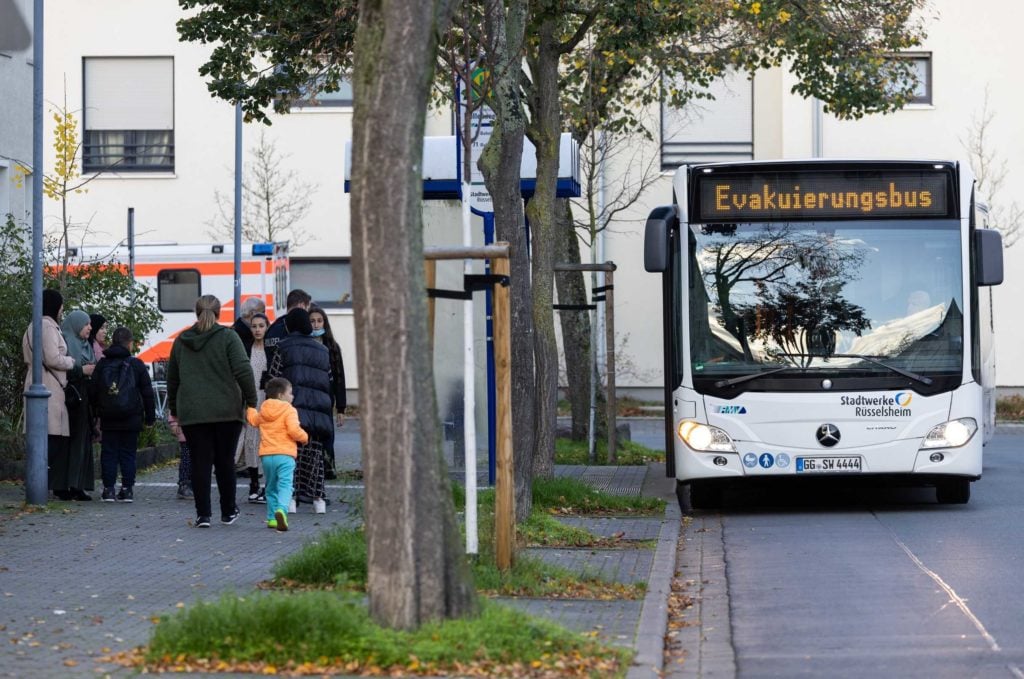 An evacuation bus arrives in Rüsselheim near Mainz to help move all people living within one kilometre of a WWII bomb found in October 2022. Photo: picture alliance/dpa | Hannes P. Albert

But high-profile cases causing mass evacuations on this scale offer only a small window into the bomb disposal job German crews do every year – to this day. At 1.3 million tonnes, German targets accounted for around half of all the bombs the Allies used during the entire course of WWII.

Officials estimate around 15 percent of those didn’t end up exploding. Around 2,000 tonnes are still found annually, some found up to six metres underground – making bomb surveying a routine part of many construction projects in Germany before building can begin. They’re also routinely found in farmers’ fields or pulled up from the bottom of the sea in fishing nets.

Which areas are the most affected?

Unexploded WWII bombs are found everywhere in Germany, even in small cities and towns. Oranienburg, a city of just over 41,000 people northwest of Berlin, could be sitting on top of over 200 unexploded bombs.

More than 4,000 are said to be lurking under Berlin.

Around half of all Allied bombs were dropped in North-Rhine Westphalia (NRW), Germany’s industrial heartland and most populous state.

According to a FAZ interview with military historian Jens Wehner, more than 220,000 WWII bombs were defused in NRW from 1949-2000. That compares with just 450 in Saarland, for example. Outside NRW, Berlin and Hamburg remain two particularly affected cities.

READ ALSO: What you need to know about bomb disposal in Germany 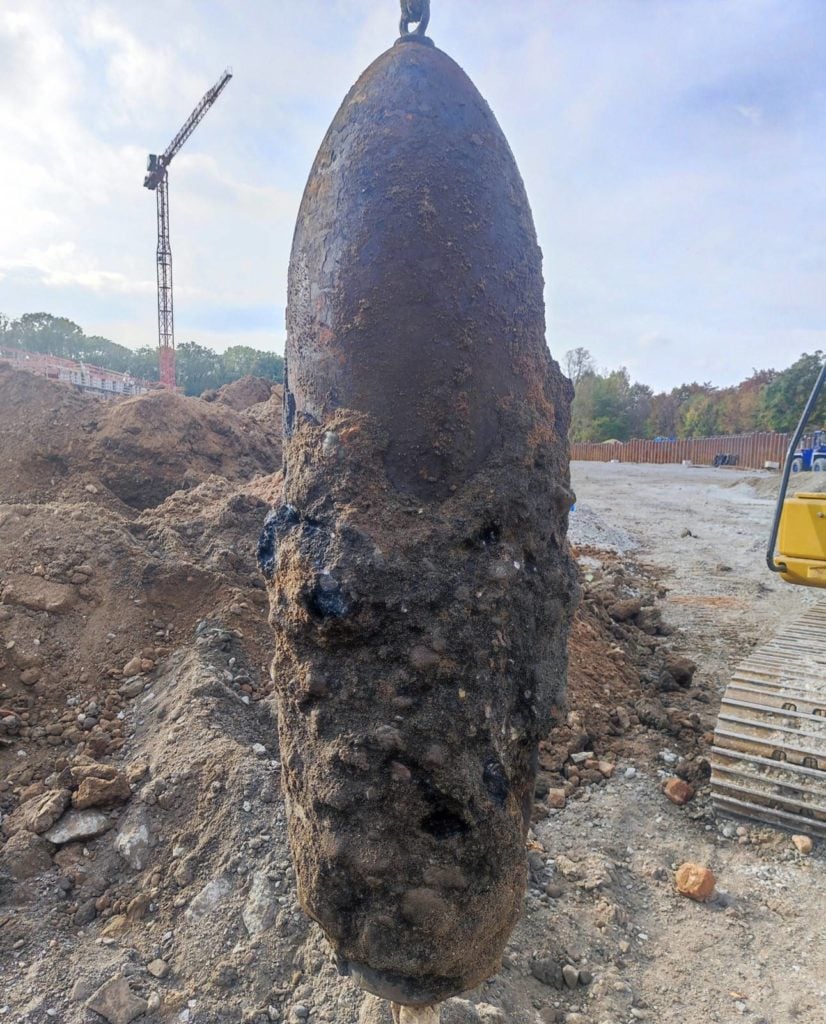 WWII are a regular hazard construction crews have to watch out for when beginning work in Germany. This defused 500kg bomb was found at a site in Frankfurt. Photo: picture alliance/dpa/Regierungspräsidium Darmstadt | Schaider

How does Germany’s bomb disposal count compare with other countries?

The British Ministry of Defence reports it defuses about 60 WWII bombs a year in the UK left over by German bombers.

That’s quite a bit less than the annual count in Germany. Just in 2021, around 200 bombs were found in Hamburg alone.